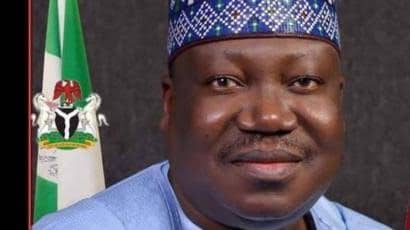 Mallam Abba Kyari died on Friday 17th of April, 2020 at the age of 67 years. The patriot died the way he would have preferred, at the very front line of service, sadly seized by a plague against which he was defending his beloved fatherland, Nigeria.
Much has been written and much more will appear about a man who was blessed with so much talent, and used it to distinguish himself in his many service stations in the public and private sectors and at different levels of government. This tribute is largely about his role in fostering mutual respect and understanding between the Legislature and the President he served with uncommon loyalty and dedication as a trusted principal aide and Chief of Staff.
Mallam Kyari leveraged his office and good standing with his principal, President Muhammadu Buhari, to engender a cordial working relationship between the two elected Arms. This he did with constructive passion, based on his great administrative skills, consummate understanding of governance and power relations, and eyes firmly fixed on the larger picture of the policy objectives and development agenda of his friend and principal. He did this until his last minute in service, until his death.
A cardinal objective of the ninth National Assembly, which we declared from the outset, is to build a mutual understanding of roles, cooperation, partnership, with the other arms of government to enhance performance by government and general public service delivery. How far we have come in this direction with respect to the Executive Arm has much to do with Mallam Kyari availing his office and person as a communication bridge, out of his own convictions too that effective communication makes issues clearer from all sides of view. This should cause no surprise, as he was a lawyer, a journalist and an administrator par excellence. He quickly saw the point of the Federal lawmakers’ objective, and typically deployed his energy and influence to achieving it.
Mallam Kyari appreciated the desire of the ninth National Assembly to work with the Executive in an atmosphere devoid of unhelpful suspicions and bickering, and which does not compromise the integrity and independence of either arm or denude their roles. He deployed his administrative skills and natural patience to ensure that the two arms work in tandem and in partnership for the overall benefit of Nigerians.
I can recall many instances of Mallam Kyari visiting my office at the National Assembly to personally deliver communications from the Executive, just to underscore the high pedestal on which he placed the Institution. For the topmost presidential aide to personally deliver such message, no doubt, demonstrated the desire of his principal for the two political arms of government to be on the same page, and understand each other’s perspectives on issues of national interest. On all such occassions, he was always patient and respectful, never even remotely resembling the caricature coldly portrayed in sections of the media of a vicious power monger. Never.
Mallam Kyari’s door was always open and provided an effective communication platform for the two arms of government. He appreciated that it is unavoidable to sometimes disagree on issues, after all, disagreement is part of human relations. But he believed that there should always be a point of convergence of views for progress to be made and for the sake of the people we both represent.
I believe that the good understanding between the two arms in the current dispensation has a lot to do with the kind of advice Mallam Kyari, a pillar in the government, and likeminded officials are giving the President with respect to our legislative business.
A great tribute to his memories will be to sustain this understanding and make it reflect in quality performance of government and service delivery to Nigerians.
Adieu Mallam Abba Kyari. May Almighty Allah grant his soul Aljannah Firdaus. Amin.

Dr Ahmad Ibrahim Lawan, CON, is President of the Senate and Chairman of the National Assembly