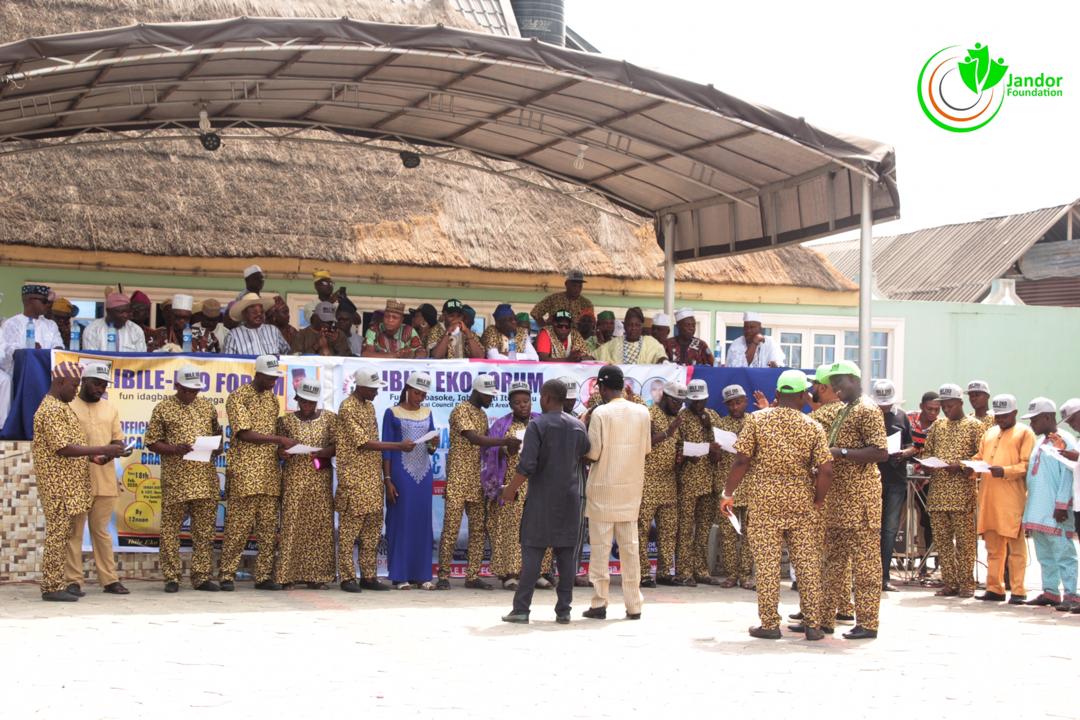 Posted By: The Gazelle NewsIn:
Print Email
Ibeshe Kingdom was agog on Tuesday, 18 February, 2020, as Ibile-Eko Forum, a socio-political group for Lagos Indigenes, inaugurates Local Government Area Coordinators and other executives in Amuwo Odofin Local Government Area and Oriade Local Council Development Area of Lagos State.
Speaking at the event, the lead Visioner of Team Jandor who doubles as the Grand Patron of Ibile Eko Forum, Mr. Abdulazeez Olajide Adediran told the people that it is not enough to come every four year to empower the people in the name of politics, rather uplifting the people have to come regular if there is genuity in the empowerment at the first place which does not have to come until the benefactor holds political seat.
He charged the people not to relent as the people on the other side of the divide will soon join them.
Jandor, as he is popularly called, has for the past one decade be giving out scholarships, empowerments, sponsor health schemes, yearly pilgrimage and also host sport competitions in Lagos State before the official launch of Jandor Foundation in 2017. 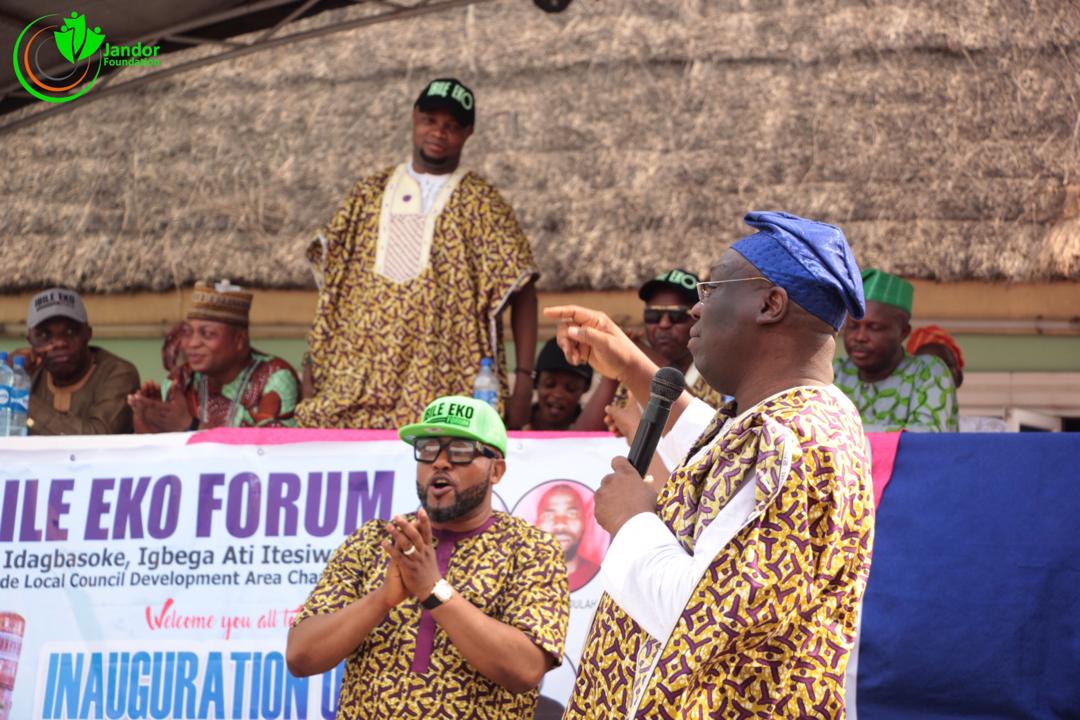 Adediran added: “I was glad to hear the response of a strong believer in Lagos Project. He asked one of the alarmist that, do they have to wait another four years to see who they voted for? Jandor haven’t contested but he has consistently reached out to the people. So you don’t have any reason to tell us not to support him.”
The Principal Coordinator of Ibile-Eko Forum, Hon. Bode Makinde enjoined the new officers to take their roles as service to humanity.
Makinde disclosed that “out of the 20 Local Government Areas and 37 Local Councils Development Areas, 18 chapters have been inaugurated and 35 others will be inaugurated in weeks to come”.
Speaking further, the renowned grassroots politician disclosed that the membership of the forum is free for all citizens, irrespective of their political affiliations. 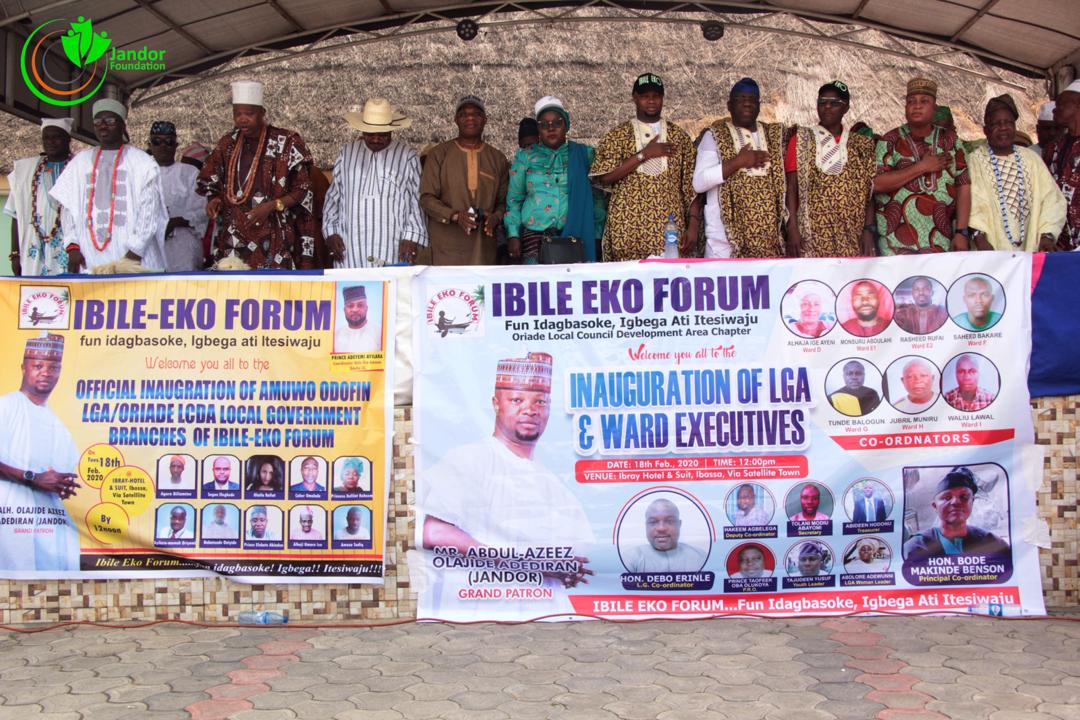 Also present at the event, Hon. Fouad Oki, a four time Director General of Gubernatorial Candidates in Lagos State, appreciated the members of the Ibile-Eko Forum for standing in unison to keep all indigenes as one.
Declaring his support for the aspirations of the Lagos Indigenes, His Royal Majesty, the Ofori of Ibeshe Kingdom, Oba Alani Dausu assured of his maximum supports for their own.
Also present at the event are: Hon. Ramota Hassan, Chairman of Oriade LCDA; Dr. Kayode Akinyemi; the Alabirun of Ikare, Alhaji Afeez Shittu; the Oba-elect of Ibasa-Ijegun, Chief Sherrif Bello, Oba-elect of  Irede Kingdom amongst others.