After Being Married For 25 Years, Woman Gets First Baby At 54; Narrates Her Pregnancy Experience; Thanks Ibidun Ighodalo Foundation

By The Gazelle NewsApril 27, 2022No Comments2 Mins Read 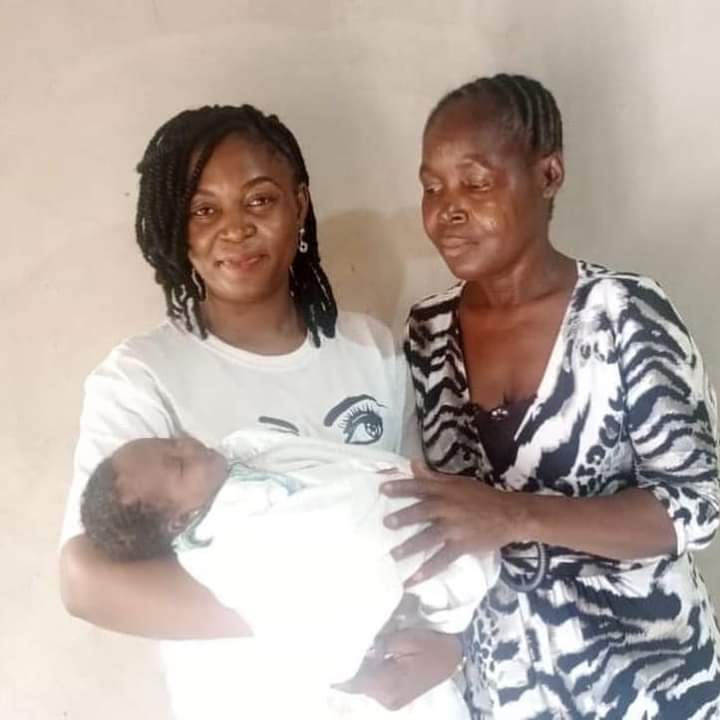 Share
Facebook Twitter LinkedIn Pinterest Email
A 54 year old woman, Mrs. Fagbemi has welcomed a baby 25 years after marriage.
Fagbemi who had been married since November 1996, without records of pregnancy ever, said after seeking medical help and being diagnosed of Tubal blockage, she was counselled on the need to try IVF.
The new mother further narrated how she had made several efforts through herbs and prayers as she could not afford medical fertility treatments.
Miraculously she caught wave of Ibidun Ighodalo Foundation’s Project 40@40, scaled through the process of registration and screening, though menopausal, she knew her season had indeed come when she was picked as one of the successful applicants, given grant to begin her fertility journey.
And from test strip, to blood test, the positive pregnancy result stayed confirmed. Then there was the scan, showing sac without foetus at 3weeks, and after few more weeks, the sac had only grown bigger without signs of foetus.
Mrs Fagbemi narrated that she continued in faith, believing her baby was in there, hidden by the Almighty.
Then came the challenge of several oversights by medical personnels at every hospital appointment as most perceived her as being too old to be considered pregnant, on many occasions she was attended to last after many attempts at convincing them she too had come for her antenatal care.
She expressed gratitude to God for making her strong and healthy during the pregnancy,  carrying on with her usual business, as many couldn’t tell she was pregnant.
The beautiful Elizabeth was born through a  Caesarian Section, an experience she tagged a miracle.
She thanked the Ibidunni Ighodalo Foundation for the care, support shown throughout the journey.