Alimoso LAHA I 2023: The Case For Mosan-Okunola Zone To Produce Successor To Bisi Yusuf 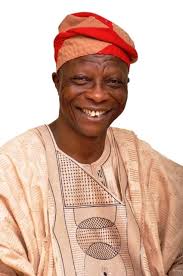 Thus, the general belief is that the next Lawmaker representing the Constituency in Alausa must be from Agbado-Okeodo. This explained the reason that majority of those seeing to win the All Progressives Congress (APC) ticket are from Agbado-Okeodo LCDA.

That Agbado-Okeodo LCDA deserves the ticket is not in doubt, it is the only LCDA that has not produced representative of the Constituency in the state Assembly.

However, thegazellenews.com investigation has revealed that for proper balance of power, Mosan-Okunola LCDA deserves the seat more than any other council.
Indeed, the council has produced a representative for the Constituency once: Honourable Onibiyo Adelabu between 2003 and 2011 but that was where it ends, the council has lacked behind in sharing of offices in the Constituency.
There are two cabinet members from the Federal Constituency in the state Executive Council. One of them is Mrs Uzamat Akinbile-Yusuf from Agbado-Okeodo LCDA. During the Ambode administration, the same Akinbile-Yusuf was a member of the state cabinet.
Earlier, between 2011 and 2015, the state Commissioner for Information and Strategy was Honourable Lateef Ibirogba from Agbado-Okeodo LCDA. The same man is the current Organising Secretary of the APC for the Southwest zone.
Honourable Yemi Adedeji represented Alimoso Federal Constituency in the House of Representatives between 2003 and 2011. He is from Agbado-Okeodo LCDA.
Moving further, the present representative of the Alimoso in the House of Representatives is Olufemi Adebanjo, he is from Alimoso Local Government. Same man was once a member of the state House of Assembly, 1999 – 2003; and a member of the state cabinet between 2007 and 2011.
Prior to that was Princess Adejoke Orelope-Adefulire also from Alimoso LG. She was a member of the state cabinet: 2003-2007; and was Deputy Governor between 2011 and 2015.
It is obvious that both Mosan-Okunola and Ayobo-Ipaja LCDAs have lacked behind in the balance of political power in the Alimoso State Constituency I. However, the current occupant is from Ayobo-Ipaja and he is on his third term, hence, in the true spirit of justice and rotation of power, the Mosan-Okunola axis indeed deserves to be given the opportunity to produce the successor to Bisi Yusuf in the state House of Assembly.