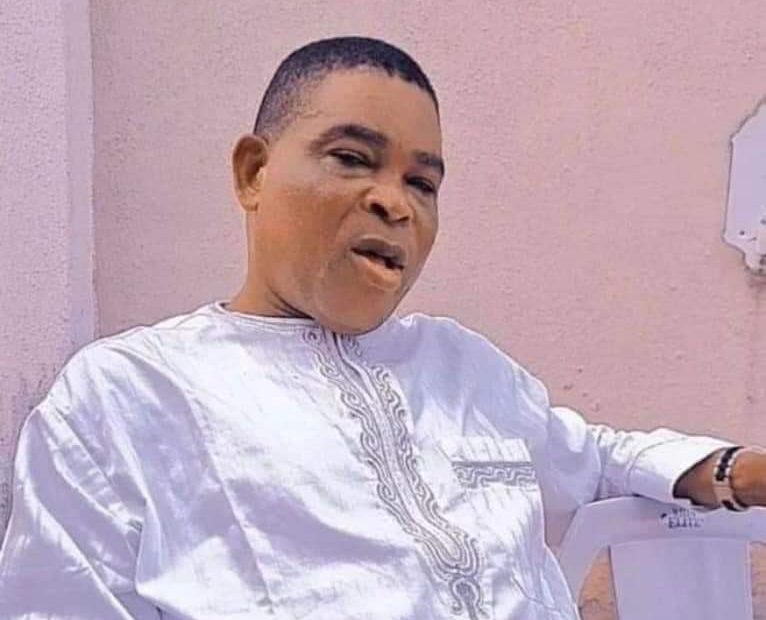 The deceased was also the father of Skit maker, Abidemi Adebayo, popularly known as Isbae U.

The Chairman of the Lagos State Parks and Garages Management Committee, Musiliu Akinsanya, aka MC oluomo, first confirmed the actor’s death via his facebook page.

He said: “it is with heavy Heart that I announce the passing of Alhaji Kamal Adebayo (Sir Kay). May Allah grant him eternal peace. R.I.P SIR KAY”.

Following the announcement, other Yoruba actors and actresses have mourned the deceased on their Instagram pages.

The actor’s death is coming months after he received N1 million cash from his son, comedian, Isbae U, to mark his birthday.

The cause of his death is yet to be disclosed.

Sir Kay was a veteran actor, well known for his witty slangs and bad boy roles before he became a top member of the National Union of Road Transport Workers (NURTW).

As at the time of his death, Sir Kay was a leading figure in the Lagos State Parks Management Authority. During his time in the film industry, he was a staunch member of Odunfa caucus headed by Yinka Quadri, Taiwo Hassan and Abiodun Olanrewaju.