By The Gazelle NewsJuly 13, 2022No Comments3 Mins Read 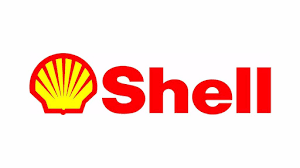 Bayelsa State Government has called for better collaboration with The Shell Petroleum Development Company of Nigeria Limited (SPDC) to enable more investments in the state, and to give more value to people of Bayelsa. The state’s Deputy Governor, Lawrence Ewhrudjakpo, made the call during a business meeting with the management of SPDC in Port Harcourt, recently.

“The relationship between Bayelsa State and SPDC is cordial. Thank you for the investments in our state. Thank you for your contributions to support development efforts in the state. But how do we improve on this and bring dividends to our people? There is still so much more to unearth in our state,” the Deputy Governor said.

He said, “This meeting is to see how we can work together to create a suitable environment for SPDC to operate and generate value for all of us. We wish to collaborate and expand your portfolio in Bayelsa State and to see how we can partner to reduce youth restiveness and tackle the increased use of drugs by the youths in the state.”

He said the state had recorded a huge success using sports to engage youths in the state so as to keep them away from vices particularly drug abuse and violent crimes. The youths have shown that if we give them encouragement, they can deliver good value.

“For two years now, we have been experimenting with programmes to engage the youths towards positive actions, to reduce restiveness. The state government believes that sports is an avenue to dilute criminality and the prevalent use of drugs. Our efforts have started budding and fruits are coming in. Bayelsa came 3rd at the National Sports Festival in Edo State. We have the annual Bayelsa Wrestling Classic. The youths have shown that if we give them encouragement, they can deliver good value.,” he said.

Managing Director, SPDC and Country Chair, Shell Companies in Nigeria, Osagie Okunbor, said, “We support the government’s effort to improve the environment in Bayelsa. Your statement speaks to focus. It means that there is a plan. As a company, we key into your vision because we know that if you are successful, it will help us and help our business environment. We commend you and His Excellency, Governor Douye Diri, for what you are doing to support business in Bayelsa State.”

Okunbor, who was represented by SPDC’s Director and Head, Corporate Relations Nigeria, Mr. Igo Weli, commended Bayelsa State for the successes in sports including the gold medal in  Olympic and Commonwealth freestyle wrestling championships won by Baraladei Igali who is currently the state’s Commissioner for Sports.

He said, “Thank you for coming back home to Bayelsa State to share your wealth of experience. With your Olympic gold medal, you could have been anywhere else in the world enriching yourself. But you chose to come home to be a model to our young people.”