By The Gazelle NewsDecember 5, 2022No Comments9 Mins Read 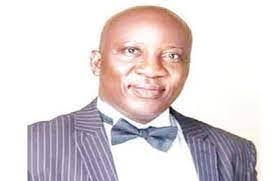 The need to address and put into right perspective the subject of party supremacy and constitutionalism in legislative matters has become even more necessary, given the skyrocketing effects of party switching, double loyalty, lack of value-oriented parties, corruption within and outside the parties, leadership insubordination, and the recent rancour in both the State and National Assemblies over who gets what post and how such post is gotten.

The debate is a never-ending one. It has constantly pitted the members of the House against party leaders. It did not start today and will not end tomorrow. Each time issues come up along the line, like we had recently in Ekiti State, dusts will rise and will eventually settle, albeit, temporarily. It happened over the election of principal officers at the National Assembly in the past and can even happen at the Local Government level.

While some members of the legislature and the party have argued in line with the doctrine of party supremacy that the decision of the leadership in the election should prevail, other members believe that the 1999 constitutional provisions, and the National Assembly’s Standing Rules should take precedence over party supremacy.

In its constitutional sense, party supremacy may mean that party interests are superior to the interests of individual members of the party. Party interest shall prevail when it conflicts with the personal interest of its members or its candidates. It is the exclusive power that a party has to control, regulate and determine its activities. This is usually spelt out in the constitution of the party. It fosters the ascendency of party manifesto. The party ideology as spelt out in its constitution is binding on its numbers. Any action taken contrary to party interest is anti-party. Simply put, members of a political party are bonded by the provisions of its constitution.

In Nigeria, like some other countries, parliamentary sovereignty may be contrasted with separation of powers, which limits the legislature’s scope often to general law-making and makes it subject to external judicial review, where laws passed by the legislature may be declared invalid in certain circumstances.

Absolute party supremacy does not foster the democratic tenets of freedom of association. The people are compelled to associate under one political umbrella. It must be noted that freedom of (political) association is a fundamental pillar of democratic rule. Except constitutionally and legally justified, any law or practice that limits fundamental human rights cannot stand. It will be quashed.

In its democratic sense, party supremacy may be inferred as the autonomy and independence of the political party from external controls. It is the predominance of collective party decision as opposed to individual ambition of party members. It fosters the supremacy of party ideology instead of that of a charismatic personality.

But for whatever it is, no law of any association can be superior to the law of the land. In other words, for any party constitution to be firm in our clime, it must bear its root from the Constitution of the Federal Republic of Nigeria, CFRN.

In Article 2 sub-section  1 of the CFRN, it is clearly stated that “Subject to the provisions of the Constitution of the Federal Republic of Nigeria, 1999 (as amended) and any other law for the time being in force in the Federal Republic of Nigeria, the provisions of this Constitution shall be supreme and shall have binding force on all members and organs of the Party. This is followed by sub-section 2 that “Where any rule, regulation, guideline or any other enactment made by any organ or body established by the Party is inconsistent with the provisions of this Constitution, such rule, regulation, guideline or enactment shall, to the extent of the inconsistency, be null and void and of no effect whatsoever.”

In other words, whatever provision is in the party constitution must conform to the CFRN, or subordinate to it. Section 40 of the 1999 Constitution however provides that every person shall be entitled to assemble freely and associate with other persons, and he may in particular form or join any political party, trade union or any other association for the protection of his interest. With this, the Constitution as the Supreme law of the land, has guaranteed to all persons in Nigeria certain fundamental human rights, of which the right to association forms a critical part. Not just associate in words alone but in action. That is, members must abide by the rules and regulations guiding such association, without selection as to which to conform with and which not to conform with.

From the above, it can be extracted that nothing in the Constitution of the Federal Republic of Nigeria obstructs the setting up of a Political party and members abiding by its obligation. Section  9 (2) of the Constitution of the All Progressives Congress, APC, in extant gives vent to this when it states under the title: “Obligations” that “Members of the Party shall be obliged to affirm the Party’s aims and objectives and conduct themselves in a manner that shall not bring the Party to public odium and disrepute. Members of the Party shall also observe the rules and regulations embedded in this Constitution.”

The programmes of a party are its constancy and any form of variable by any faction is rightly termed anti party. Party institution must maintain internal coherence and unity that fosters its autonomy. Thus, the party is a unified body and its policies as such are superior to any individual interest. When viewed from the above position, party supremacy is an inevitable ingredient of democracy and internal party matters. Furthermore, party supremacy in its democratic sense connotes the unfettered power that a political party has within its jurisdiction. Every party maintains a form of ideological autonomy and its members are precluded from double loyalty. The party can determine whom it nominates and sponsors for election.

For example, a person shall be qualified for election if, among other things, he is a member of a political party and is sponsored by the party. This is prerequisite for election into the Presidency, National Assembly, Governorship, etc.

It follows also that the Constitution and the Electoral Act do not subscribe to individual candidature. A person is, therefore, disqualified for election if he does not have the investiture of a political party. Per Katsina – Alu J. S.C. held that “the issue of who should be a candidate of a given party at any election is a political one to be determined by the rules and constitution of the said party.” It is a domestic issue and therefore not justiciable. The implication is that party supremacy prevails in issues of nomination and sponsorship of candidates for election.

The above clearly establishes party control. Party control is legal. Party control is mostly pronounced in the areas of nomination and sponsorship of candidates for elections and the process of arriving at who becomes a member of party leadership. In all of these processes, party control must embrace the concept of structural institutionalization, inclusiveness and decentralization.  The issue of who should be a candidate of a given party at any election is therefore a political one to be determined by the rules and constitution of a party.

For the party supremacy to thrive, therefore, no one should be bigger than the party. That however is not to say that the actions of some party officials cannot be overzealous, hiding under the cover of party matters being purely internal issues. This is where the Federal Constitution aids the diligent, with the court of competent jurisdiction being the arbiter only after the laid down internal mechanisms to solve the problem created must have been explored. Even when the party rule seeks to oust the jurisdiction of the court, it is still the same court that is empowered to examine the validity of the purported ouster clause, and not any single individual from within or outside the party.

–Segun Dipe is the Ekiti State Publicity Secretary of the All Progressives Congress, APC.