By The Gazelle NewsMarch 2, 2022No Comments2 Mins Read 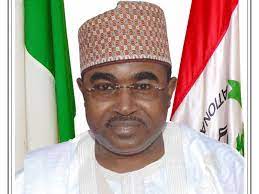 Marwa Buba
Share
Facebook Twitter LinkedIn Pinterest Email
The Cardinal John Onaaiyekan Foundation and the Ahmadiyya Muslim Jamaat Nigeria has called for good parenting as solutions to the addressing the increasing rate of drug abuse among youths in the country.
Panelists across social strata, the religious organisations ,security agencies, youth groups and concerned Nigerians met in Ikorodu under the auspices of Cardinal Onaiyekan Foundation for Peace (COFP) and the Ahmadiyya Muslim Youth Organisation one day programme on curbing drug abuse among Nigerian Youths.
The intervention  programme put together in Ikorodu through one of the COFP Ambassadors, Hajia Toafeqah Fagbolade was an eye opener on the high rate of drug abuse and the negative consequences on the Nigerian society.
Guest lecturer, Barrister Muhammad  Bashirudeen Badru, a lecturer at the Nigerian Police University, Kano, speaking on the topic : Drug Addiction and Youth Dereliction; The Faith based Organisation, stressed the need for re-orientation of Nigerian youths, good family upbringing by parents.
He also listed the influence of music, social media and peer group pressures as some of the factor responsible for increase in drug abuse by youths.
According to Barrister Badru, open display of and drinking of illicit drugs by musicians and popular artistes are great disservice to the psyche of youths and Nigerians. He called for the use of local languages to pass information on drug abuse saying further that teaching of drug related issues in the school curriculum are very important.
The representative of the Lagos state government, Dr Rashidat Umar urged parents to detect early signs of drug abuse in their children instead of pursuance of wealth.
Dr Taofeek Sanni, medical consultant from Federal Medical Center, Ido Osi, explained the effects of mis-use of drugs on the society.
Other panelist including the President of the National Youth Council of Nigeria, Lagos State chapter, Biliamin Oba; Reverend Mother Akerele, Commander of NDLEA in Ikorodu and other stakeholders support the introduction of drug test among students as suggested by the NDLEA boss, General Buba Marwa.
The highlights of the event was a dissection of the lead paper by the Guest Lecturer and a video of a young drug addict not rehabilitated.