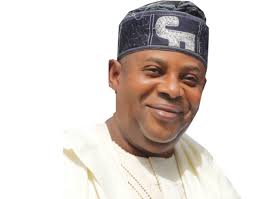 Share
Facebook Twitter LinkedIn Pinterest Email
A top ranking member of the House of Representatives, Hon. James Abiodun Faleke has been appointed as the Secretary of the Presidential Campaign Council for Tinubu/Shettima 2023.
News of Faleke’s was confirmed through the Twitter handle of Tinubu Support Group, the foremost support group for the former Lagos Governor formed by Faleke and people of Likeminds.
It is a well deserved honour for a man who has been in the forefront of the Bola Ahmed Tinubu Presidential aspiration even before the man himself made his ambition public.
Faleke, alongside with people of Likeminds formed the Tinubu Support Group, to propagate the ambition of the former Governor of Lagos and the activities of TSG gave Tinubu a wide acceptance particularly in the Northern part of the country.
As soon as Tinubu made his ambition public, Faleke organised an inter-religious prayer sessions for Tinubu in Lagos and he was the agent of Tinubu in the last Presidential Primaries of the party.