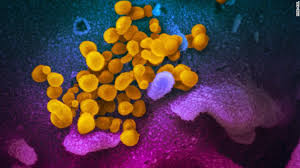 Traditional rulers, religious leaders and community-based organisations at various ward levels are to oversee the distribution of Kwara State government’s palliative packages to the poorest of the poor in the state, Emir of Shonga and chairman of the committee on palliatives Dr Haliru Yahaya said on Wednesday, 1 April, 2020.

The emir also said the palliatives would primarily target categories of persons that are considered to be worst hit by the government’s directive for people to stay at home as part of the measures to prevent the spread of Coronavirus (COVID-19) pandemic to Kwara State.

“To enable seamless distribution and to ensure maximum coverage of the targeted beneficiaries, the distribution will be carried out at ward level,” Dr Yahaya told a news briefing in Ilorin, flanked by some other members of the committee.

“The committees at the local government areas are only to supervise and provide independent monitoring of what happens at the ward levels.

“The Ward Implementation Committees should, with immediate effect, draw up a list of beneficiaries that match the criteria stated above. Such list should reach the secretariat of the Committee on Palliatives on or before 12 noon on Friday 3rd April 2020. We believe that the necessary checks will be built into the exercise with the constitution of these committees even as the Palliatives committee will have overall coordination of the exercise.

“This ward-level distribution of the palliatives will be carried out in phases and the number of packages going to each ward shall be announced. The steering committee on palliatives shall duly announce dates for the distribution of items for each ward. We are projecting to start distribution from this weekend. It is expected that the DPM’s in all the Local Governments shall liaise with the Palliatives committee on the movement of the items to their respective Local Governments.”

The emir, a medical doctor, also explained that the ward level distribution would involve strict adherence to COVID-19 prevention protocols, including temperature screening of beneficiaries and social distancing.

“The committee appeals to individual donors to consider routing their palliatives to these ward committee which, supported by security agencies, are to ensure temperature screening (with thermometers) and social distancing as beneficiaries pick their own packages at spacious central locations.”