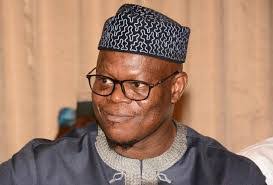 COVID-19 Update: Osun Senator, Ajibola Bashiru Goes On Self Isolation After UK Trip + 15 Judges Who Came Back From Dubai

The Senator representing Osun Central Senatorial District in the Senate, Senator Ajibola Bashiru, has gone into self isolation.
The Gazelle News.com reports that the Senator had to take this precautionary method because he just returned from a trip to the United Kingdom.
The Osun State Commissioner for Health, Dr Rafiu Isamotu, who confirmed the incident, said the measure is just a precautionary one because the Chairman of the Senate Committee on Diaspora is not showing any symptom of the deadly virus hence he has not been tested.
The Gazelle News.com also reports that 15 Judges of the state judiciary who just came back from a trip to Dubai in the United Arab Emirates have also embarked on self isolation.

2023: I Seek Political Office Strictly On Prompting Of My Leaders – Aregbesola

Lagos Businessman To Spend 42 Years In Prison For N75m Fraud; Court Orders His Companies Be Wound Up