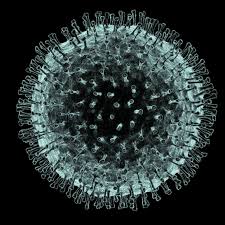 The Niger State Government has directed the closure of public,  private and all tertiary institutions across the state from Monday, 23rd March, 2020.
A statement issued by Secretary to the State Government (SSG), Ahmed Ibrahim Matane further stated that all public gatherings are hereby suspended by the State Government.
Ahmed Matane disclosed that the closure of the public, private schools and tertiary institutions which is for the period of thirty days and the suspension of all public gathering is with immediate effect.
The SSG revealed that the measure to shut down the Schools for thirty days and suspend public gatherings is part of Government deliberate efforts to contain the global spread of Coronavirus Pandemic.
Ahmed Matane called on the people of the State to always uphold the highest degree of personal hygiene, remain calm and adhere strictly to all safety measures earlier announced by the State Ministry of Health.

Lady, 5 Others Jailed 141 Years For Drug Trafficking In Edo, Ogun

Borno I Found Today Is A Borno Of Hope – Guterres