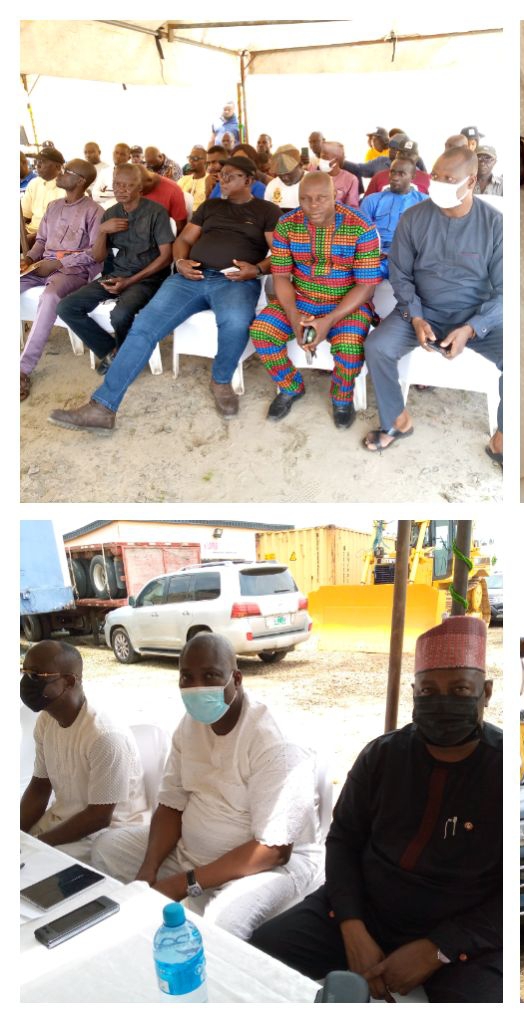 Posted By: The Gazelle NewsIn: Business, News, TrendingNo Comments
Print Email
Equipment Owners and Operators have called on the Federal Government to come to their aid and assist them to remain in business as the cost of maintaining their machines has skyrocketed.
They made this appeal on Tuesday, 21 September, 2021 at Sapati in Ibeju Lekki area of Lagos state at their general meeting, under the auspices of the Association of Mining and Construction Equipment Owners and Operators of Nigeria (AMCEOON).
At the well-attended meeting, AMCEOON called to explore ways out of the quagmire faced by the increasing rate of machines parts and maintenance of equipment, the operators emphasised that for them to remain in business and serve the nation well the government needs to come to their aid urgently.
Speaking with newsmen at the end of the meeting, Otunba Remilekun Balogun disclosed that the high rate of the dollar to the naira is killing their business as most powerful of them are running out of business as they can’t maintain their machines and those who are maintaining, cry bitterly over their inability to break even.
According to the businessman “we have called this meeting to brainstorm on the increasing rate of dollars to the naira. Most of our people are crying over their inability to mark up in their businesses.  The high cost of clearing machinery parts at the ports is worrisome and unfortunately, the government is not helping us.  It’s on this note that we want to appeal to the federal government to come to our rescue for us to remain in business.  Our members are dying under the burden of debt.”
In the same vein, Chief Kayode Shobande in his remarks at the end of the meeting expressed sadness over the inability of the government to put in place measures to assist their members.
He, therefore, urged the government to put in measures that will help them ameliorate their sufferings from the hile in ports clearance of their heavyweight machines.
“We have to meet as equipment owners to look at possible ways of getting out of the debilitating debt mounting upon our members over their inability to make a profit. We are government contractors, but we can hardly progress with the situation of things across the country. The cost of virtually everything has gone up, so the end will ultimately bear the high cost this will bring at the end because if our equipment breaks down, the cost of repairs will be borne by us, most of us are out of business now, as most of our machines have broken down at sites and the expected money won’t be enough to carry out the repairs,” he said.
Engineer Adekunle Lanre James in his submission called on the government at the state and federal levels to come to their rescue for them to remain in business and have something to feed their families at home.
He stressed that if the present high cost of parts and other machinery continued unchecked, the majority of them will be out of business in few months, to prevent this, he said there is an urgent need for governments intervention.
The majority of the members of the association present are however optimistic that at the end of their appeal, the government will come to fashion out a way of ameliorating their precarious situation.