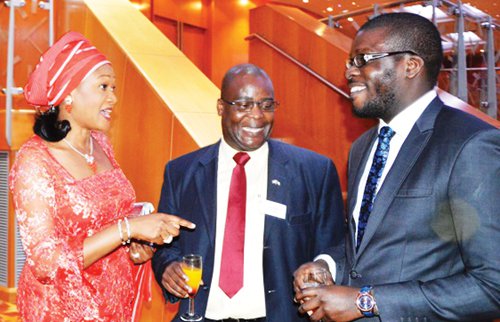 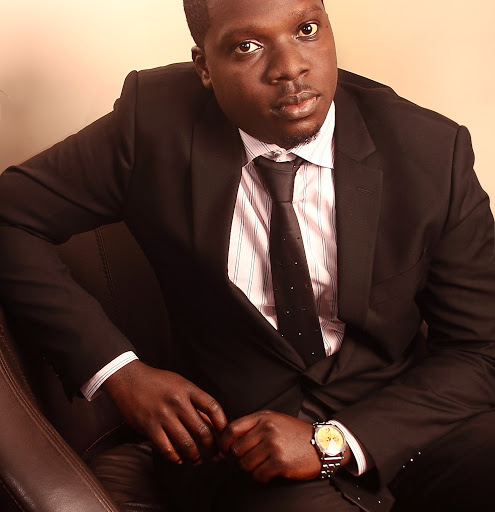 Spelling Bee is the pet project of Senator Oluremi Tinubu when she was First Lady of Lagos between 1999 and 2007.
The competition produces best students in the state through spellings of words. It is open to both primary and secondary school students and the overall winner in the secondary school category is allowed to act as Governor of the state for 24 hours while the runners-up act members of the one-day Governor’s cabinet.
The success of the programme is such that 15 years after Senator Oluremi Tinubu ceased to be First Lady of the state, the competition is still running in the state. 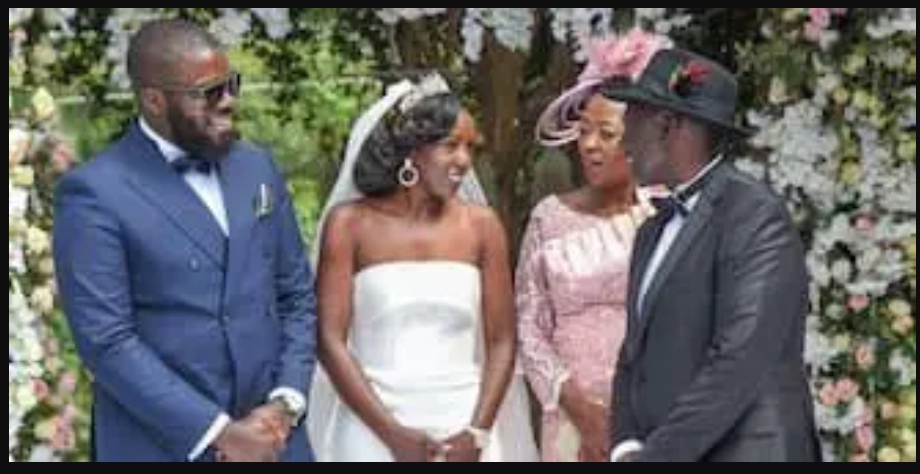 Winners of Spelling Bee competition and members have gone on to excel in their chosen professions across the globe.
One of them is Alexander Ezenagu, who was the 2nd runner-up in the 2004 edition of the competition. Ezenagu was thus a member of the one-day Governor’s cabinet.
When he got to SS3 in 2004, he was the best student in his school, Bolade Grammar School, Oshodi, and was selected to represent the school at the regional qualifiers of the 2004 Spelling Bee Competition organized by the New Era Foundation.
He won and then had to represent Oshodi-Isolo Local Government Area at the state challenge, where he contested against 56 others and came third in the contest.  Although he was not the overall winner, his position still got him on to the “Council of One Day Governors”
After his exploits at the Spelling Bee competition, in 2005, he was admitted into the University of Ibadan to study Law. He graduated with a First Class honours in 2010.
Senator Oluremi Tinubu led a high-profile delegation to celebrate his graduation among whom was the present Chairman of the Lagos State Universal Basic Education Board (LASUBEB), Honourable Wahab Alawiye-King, then Chairman of the Lagos State House of Assembly Committee on Education.
Senator Tinubu then induced the New Era Foundation to foot the Law School bill for Alex. He reciprocated the good gesture by graduating with a First Class at the Law School and was thus, called to the Nigerian Bar in 2011.
In December 2011, Senator Oluremi Tinubu presented a car gift to Alex, his first car. It was at the 3rd Reunion Luncheon of the Council of One-day Governors organised by the New Era Foundation. The car was presented by then First Lady, Dame Abimbola Emmanuella Fashola.
Mrs Tinubu also facilitated his first job as a professional: he started work at the law offices of Banwo and Ighodalo, a leading Nigerian law firm; where he became an integral member of the Finance, Projects and Infrastructure team and has been involved in local and cross-border legal advisory services.
Subsequently, he was admitted into the University of Cambridge for his Master’s degree in 2013, on scholarship and in June 2014 he was presented with his Masters of Law degree by the president of the University of Cambridge. He has extensive experience advising in the areas of project finance, structured finance, corporate finance and securities law. His areas of expertise include Banking and Finance, Capital Markets, Mergers and Acquisition, Projects and Infrastructure, and International Tax Law. 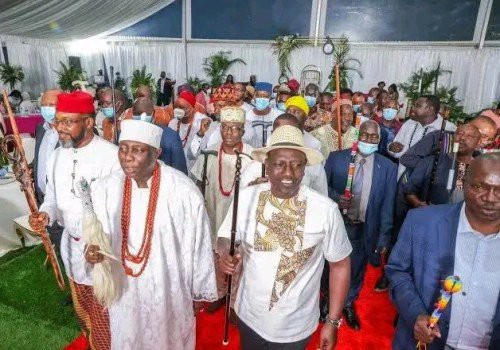 Ezenagu, is married to Kenya’s President-elect, Ruto’s oldest daughter, June, who is a Master’s degree holder in International Studies at the University of Queensland, Australia.
The couple got married in May 2021 in a glamorous wedding ceremony after a small and simple engagement party.
The wedding ceremony, as reported, was a glamorous one held in Kenya’s capital, Nairobi.
It was gathered that during the engagement ceremony, one of the negotiators who is a chieftain of the Peoples Democratic Party (PDP), Osita Chidoka, noted that there are a lot of ties binding the Kalenjin people of Kenya and the Igbos of Nigeria.
Ruto was said to have kept the event small, simple and family-focused, while his office as the deputy president was overshadowed by the fatherly role that day.
Ezenagu is a trade and international tax law expert and got his Ph.D. in International Tax Law from McGill University, Canada.
Ezenagu specialises in International Tax Law, Domestic Taxes, Tax Avoidance, and commercial aspects of Illicit Financial Flows, Trade, and Investment Advisory.
He teaches Business Associations, Construction and Infrastructure Development Law, Global Economic Law and Governance, Entrepreneurship Law, Global Legal Ethics, and Law of Taxation. 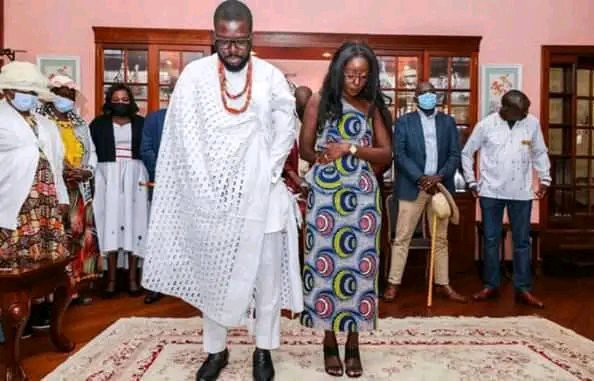 His wife, June, is a Master’s degree holder in International Studies from the University of Queensland, Australia and has a Bachelor’s degree in Diplomacy from the United States International University (USIU) in Nairobi.
Ruto had been announced as the fifth president of the Republic of Kenya.
The Chairman of the Independent Electoral and Boundaries Commission, Wafula Chebukati declared Ruto as the duly elected president with 7,176,141 votes.
Ruto garnered 7,176,141 (50.49%) votes which surpassed the requisite 50% of the votes to clinch the top seat in the just concluded hotly contested presidential election.