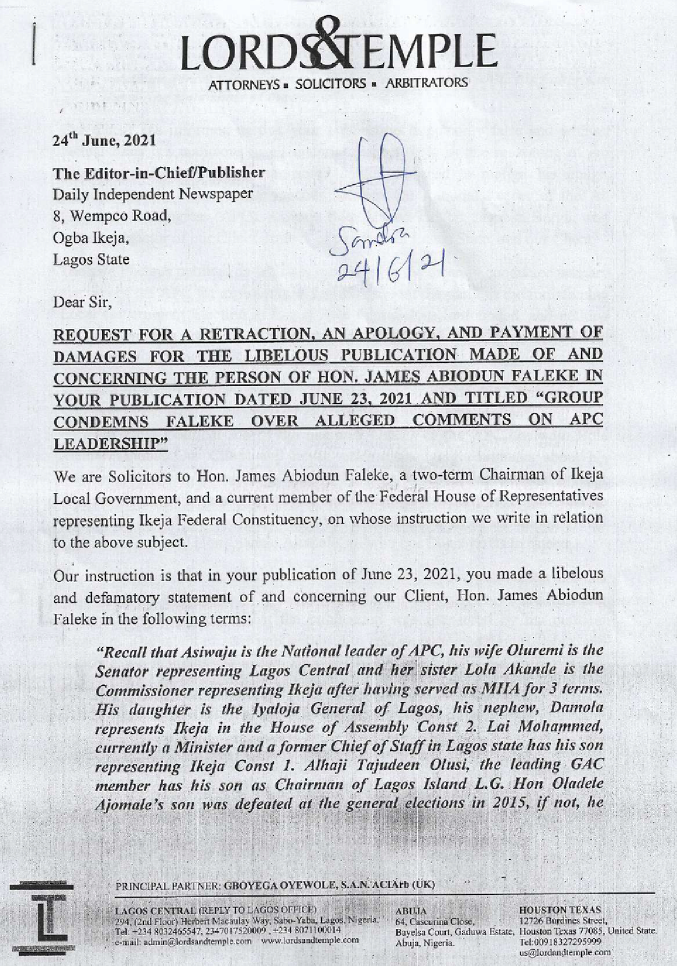 Posted By: The Gazelle NewsIn: Investigations, News, OpinionNo Comments
Print Email
The member of the House of Representatives representing Ikeja Federal Constituency, Honourable James Abiodun Faleke, has asked the management of Independent Newspapers Limited, publishers of the Independent titles to retract a libelous story published against him as well as pay N3 billion in damages. 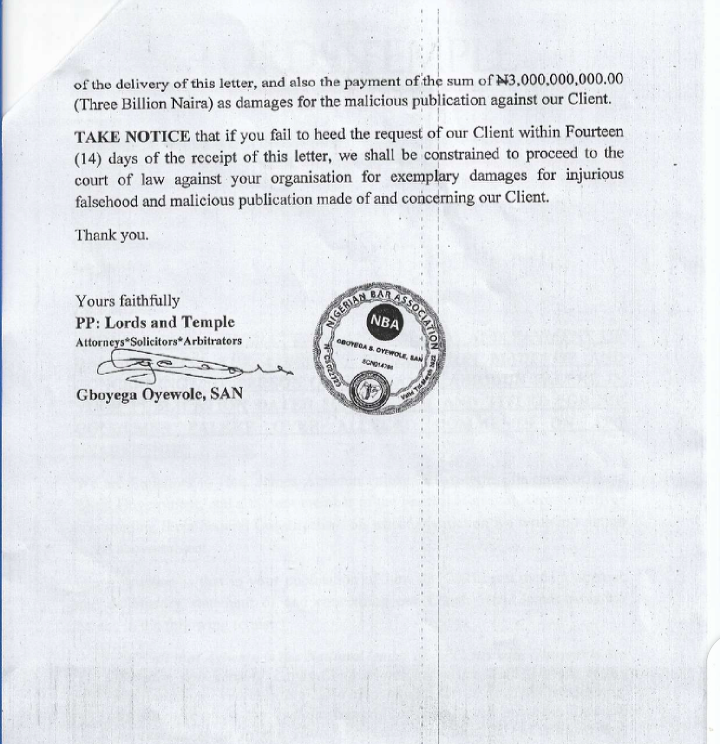 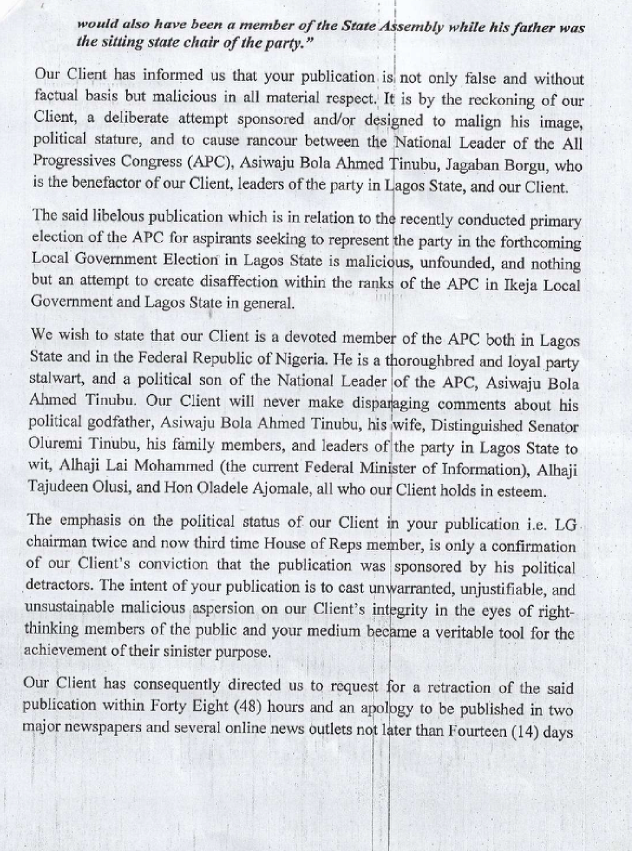 He has also asked for an apology to be published in two widely circulated national newspapers and online news outlets. All these are to be executed within 48 hours but not later than 14 days.
The Federal lawmaker, through a letter by his lawyers: Lord and Temple: Attorneys, Solicitors and Arbitrators, signed by Gboyega Oyewole, SAN, described the publication in the Daily Independent newspaper of Wednesday, 23 June, 2021 titled ‘Group Condemns Faleke Over Comments On Party Leadership’ was not only a lie but malicious and meant to malign his person and aimed at causing fiction between him and not only the leadership of the party but also with Asiwaju Bola Ahmed Tinubu, his political godfather and benefactor.
In the said publication, it was alleged that Honourable Faleke spoke against Asiwaju Tinubu; his wife, Senator Oluremi; his daughter, Folashade; party chieftain, Prince Tajudeen Olusi; Minister of Information and Culture, Alhaji Lai Mohammed; and former Chairman of the All Progressives Congress (APC) in the state, Chief Henry Oladele Ajomale.
Faleke said he is a loyal and committed party man who will never cast aspersions at leaders of the party not to talk of Asiwaju Tinubu who is his political godfather and benefactor.
According to him, the publication has caused him untold damage as it is obvious that the publication was sponsored by his political enemies bent on cashing disaffection between him and the leadership of the party not only in Ikeja but also in Lagos State as a whole.
The Lawmaker warned that if all his demands are not met within the stipulated time, he would have no cause than to sue the newpspaer and its management.