FG Inaugurates ICT Centre In Ilesa For Students In Ijesaland; Aregbesola Harps On Need To Be ICT-compliant

By The Gazelle NewsJanuary 14, 2022No Comments6 Mins Read 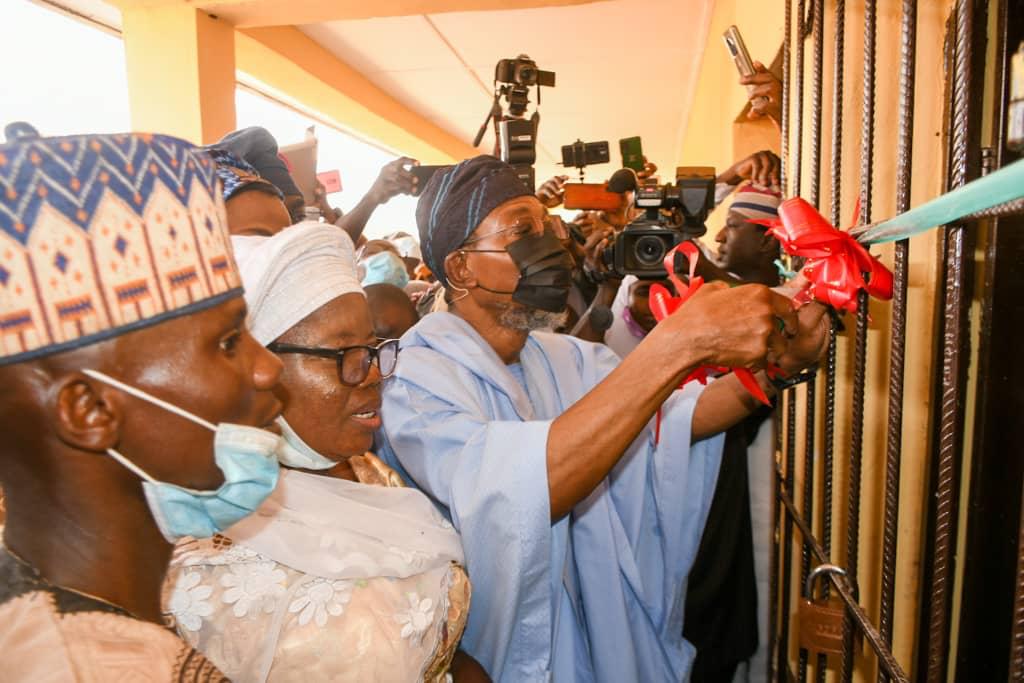 Share
Facebook Twitter LinkedIn Pinterest Email
The Federal Government has said that it will continue to equip students and citizens with ICT skills such as machine learning and artificial intelligence and facilitate ICT adoption in teaching and learning in order to prepare them for the future that will be strictly driven by technology. 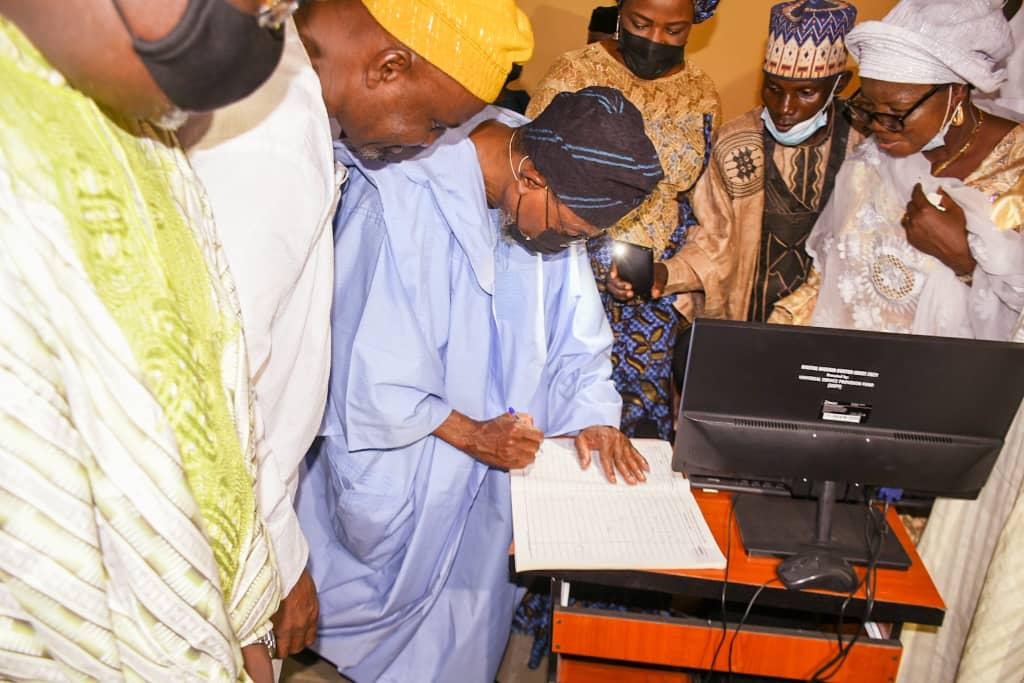 The Federal Government made the pledge at the Commissioning of the Digital Nigeria Centre (DNC) by the Minister of Interior, Ogbeni Rauf Aregbesola, who represented President Muhammadu Buahri, GCFR, at the event which held at Ijesa Muslim Grammar School, Ilesa, State of Osun, on Friday. 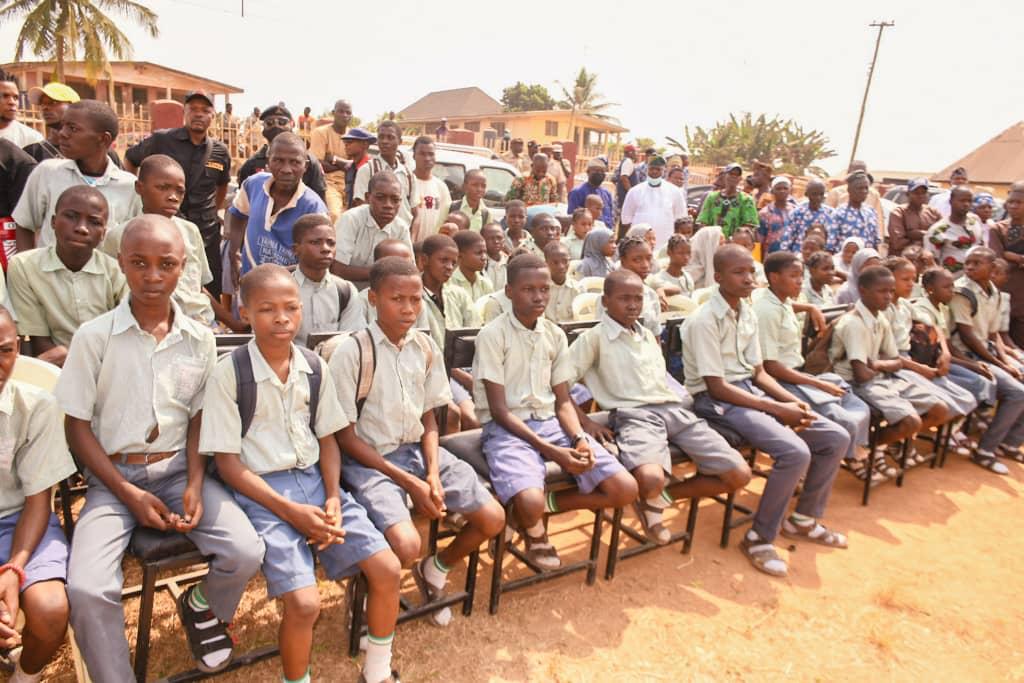 “I am aware that the programme was conceptualized to promote the availability and utilisation of ICT and resources of the Internet in teaching and learning in public schools in underserved, unserved and rural areas.  In order words, this Digital Nigeria Centre has been designed to promote the connection of public secondary schools to broadband internet in Ilesa community, and the goal is to equip beneficiaries with 21st Century skills. 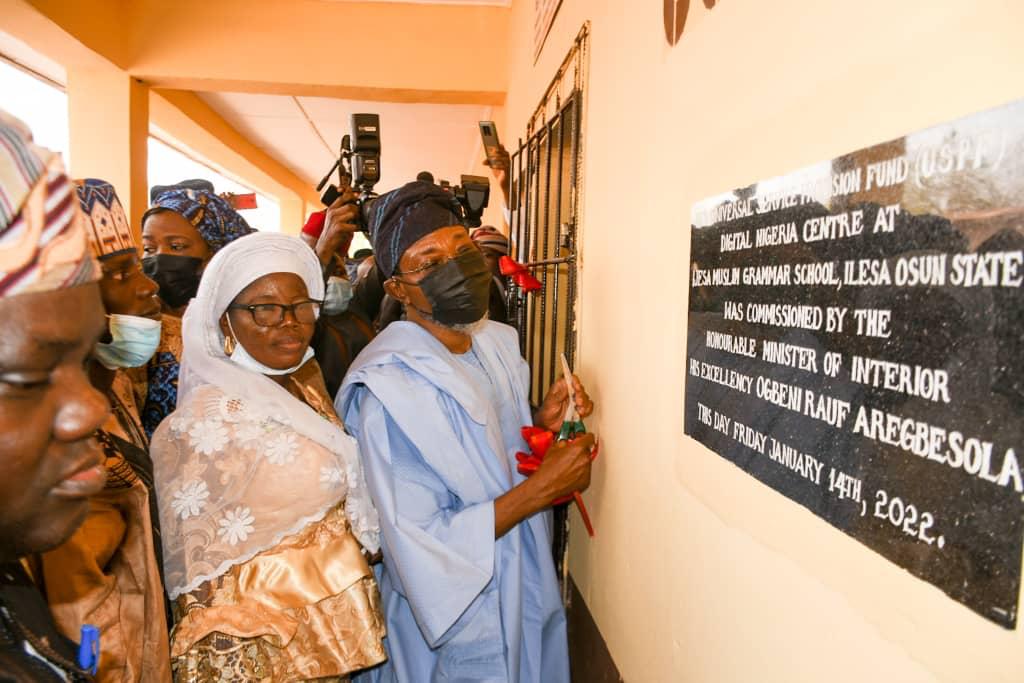 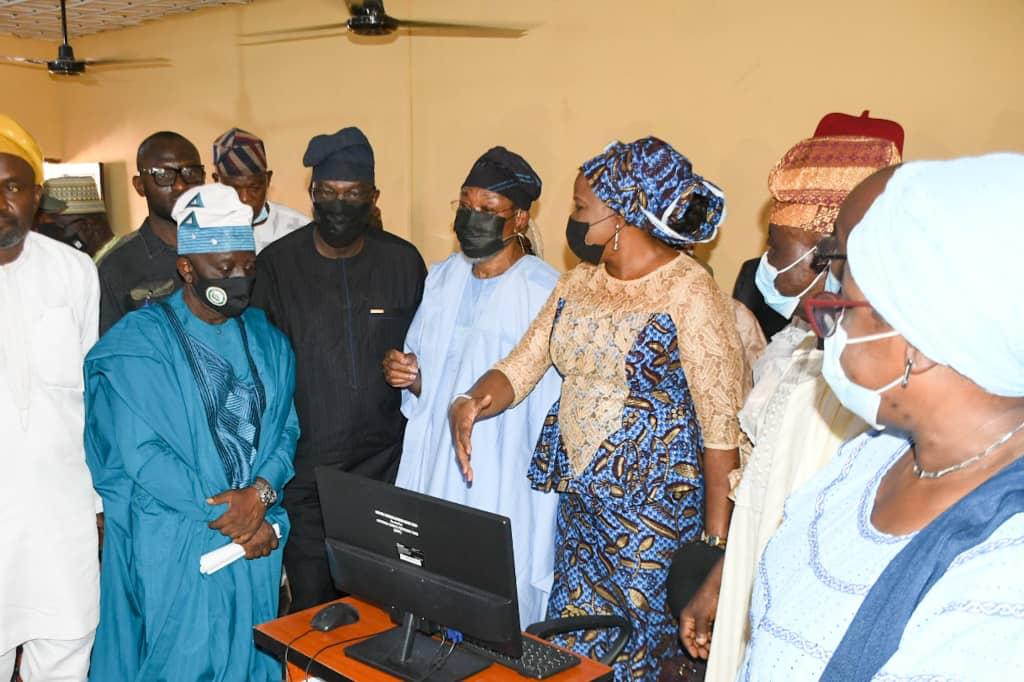 In his speech titled, ‘Digital Skills and Literacy for Jobs and Social Inclusion’, the Minister described the thorough and timely execution of the project as significant and commendable, noting that it prepares Nigerians in advance with digital skill and literacy for a future that will soon be driven strictly by technology, saying some major auto makers have decided to stop the production of combustion engines in the next 18 years. 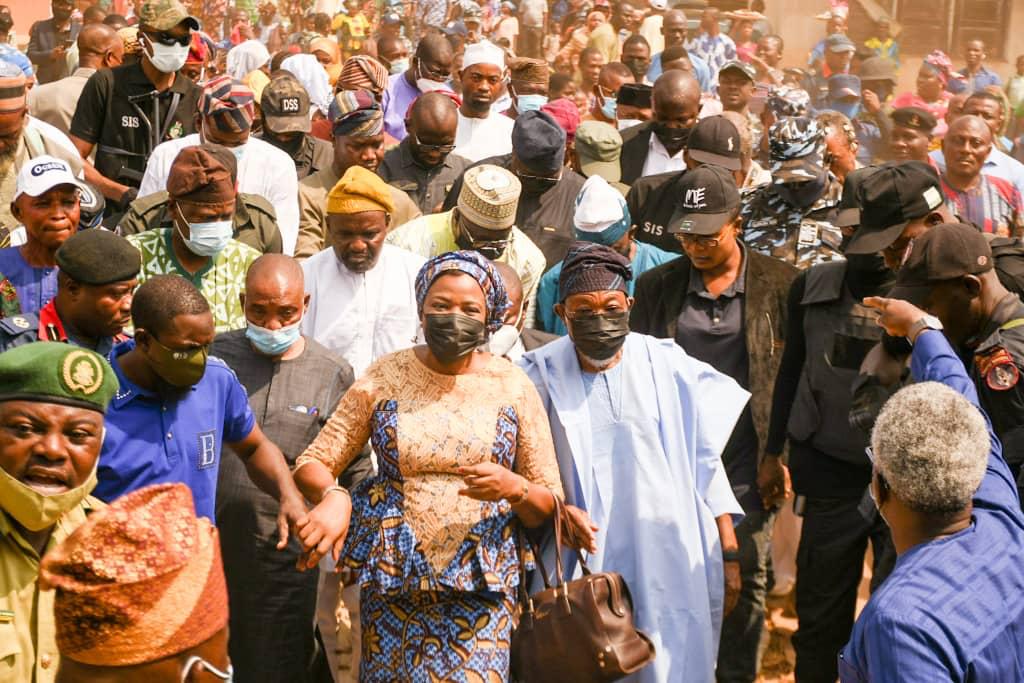 “Interestingly, at least six major automakers, including Ford, Mercedes Benz, General Motors and Volvo joined the governments of 30 countries in November last year to pledge to stop the production and sales of internal combustion engine cars by 2040. 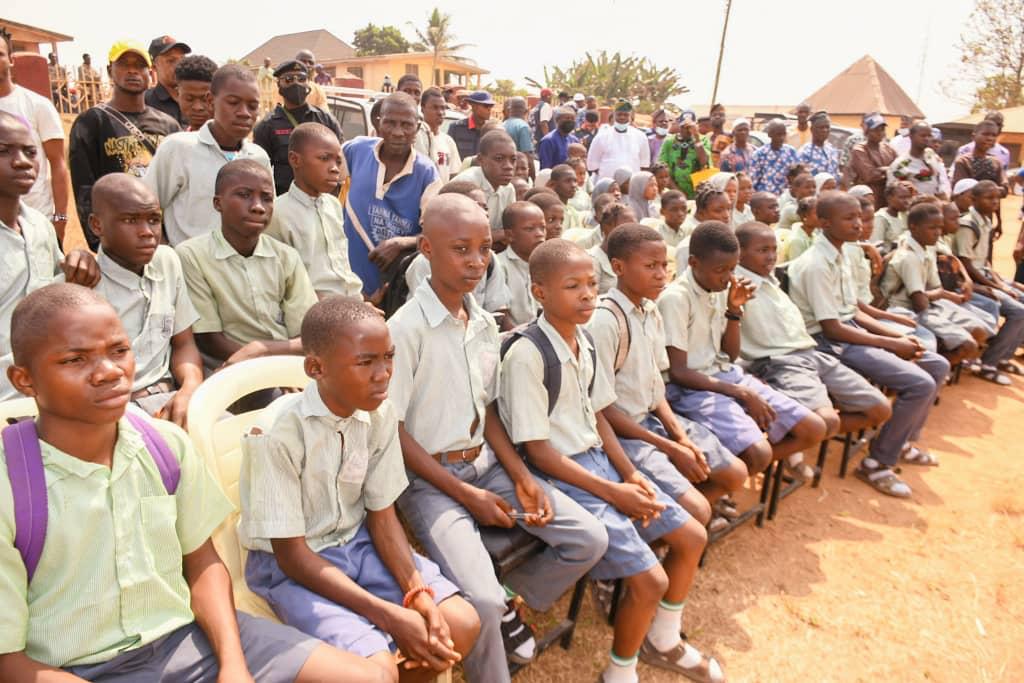 “The implication is that even a mechanic should be ICT compliant. Any mechanic that can’t use ICT tools will find himself out of job. Indeed, in the next 20 years, anyone not ICT compliant may not be part of humanity again, considering that it will be impossible to function and interact with other humans,” Ogbeni Aregbesola stated. 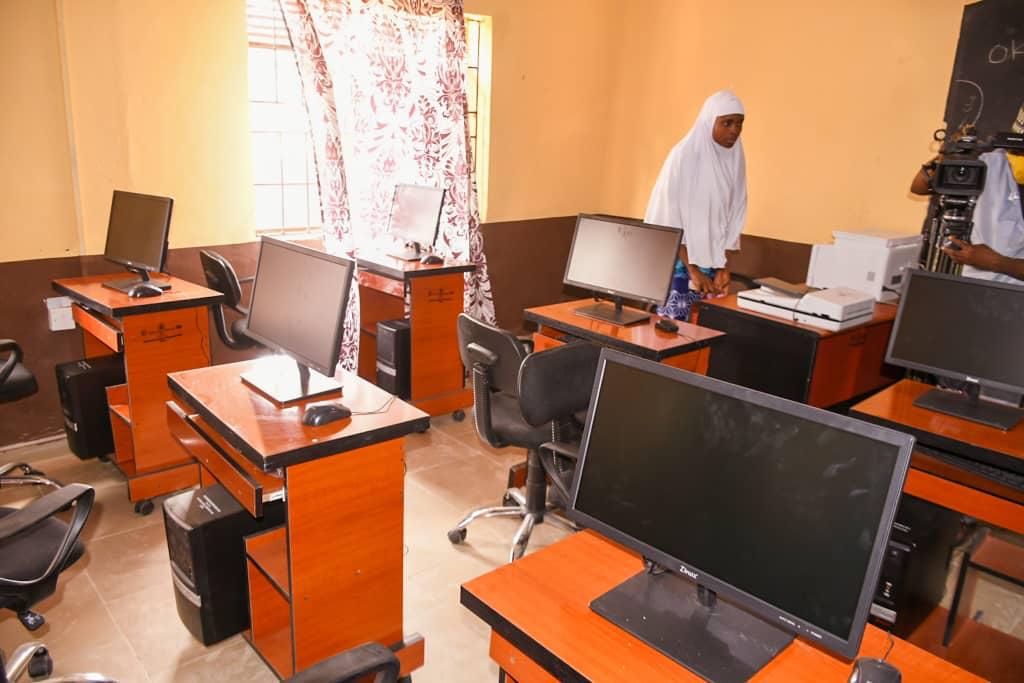 The Minister, also noted that the project is also a testament to the unwavering commitment of the President Muhammadu Buhari administration to deploying technology to better the citizens’ quality of life and experience, saying It also goes to emphasise the preeminent role of Information and Communication Technology (ICT) for improving standards of living as a people. 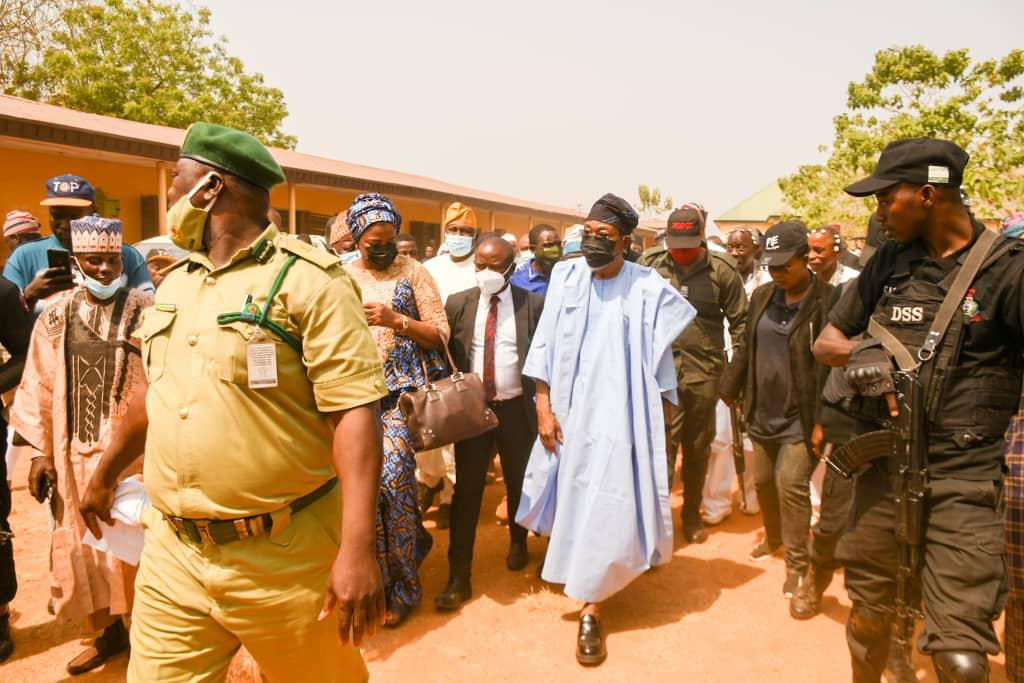 “I will like to express my profound gratitude to President Muhammadu Buhari, GCFR, for his relentless commitment in ensuring delivery of gains of democratic order to the generality of Nigerians.
“To him, the welfare of Nigerians, especially our teaming youths remains a top priority for this administration. The continuous benefits the country has been deriving from effectively leveraging ICT to run governance more efficiently has been phenomenal,” the Minister remarked.
The minister said according to a 2018 report by the United Nations Educational, Scientific and Cultural Organization (UNESCO), titled: Digital Skills Critical for Jobs and Social Inclusion, major technology breakthroughs in next 10 years will impact forms of work and the structure of labour markets as well as other aspects of life such as education, health, and agriculture.
“From a skills development perspective, the implications of technological change are expected to be profound, both for the re-skilling and up-skilling of our adults and for the education of the youth and children.
“In this context, developing capacities for anticipating the changing needs for digital skills for work and life is crucial for all countries and that should be of interest to all of us,” the Minister revealed.
In his remarks, the Minister of Communications and Digital Economy, Prof. Isa Ibrahim Pantami, who was represented by the Executive Vice Chairman and Chief Executive Officer of the Nigeria Communication Commission, Prof. Adeolu Akande, stated that the DNC centre will no doubt help in fast-tracking the acquisition of digital skills required for the implementation of the digital economy drive of the Federal Government especially to the younger generation.
Prof. Pantami added that the digital skills which are a range of abilities and aptitudes required by users of digital devices, communication applications, and networks to access and manage information will also in-turn boost National Security and enhance National Growth and Progress.
The Governor the State of Osun, Mr. Gboyega Oyetola represented at the event by his Commissioner for Innovation, Science and Technology, Dr. Babatunde Olawale opined that Nigeria cannot be left behind by the digital revolution of the world noting that his administration also focuses on building a sustainable economy through e-government and his government is grateful to the Federal Government for siting the DNC project in Osun.
Responding to the gesture of the Federal Government, the Principal, Ijesa Muslim Grammar School, Mrs. Ramota Ilesanmi, thanked the President Muhammadu Buhari-led Federal Government for selecting the school for the project saying it will go a long way in meeting the ICT needs of not only the students, but select residents of the city. 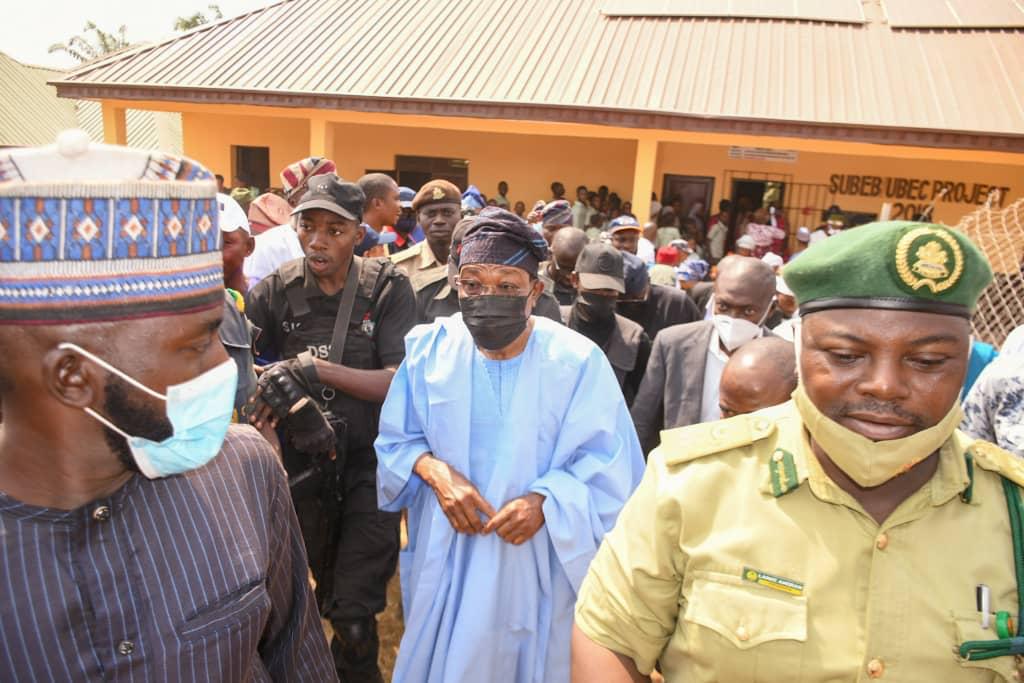 The representative of the president subsequently announced the establishment of President Muhammadu Buhari N100 million Technology Empowerment Fund to create world class technology experts, targeting 2000 youths in the next two years in Ijesaland who will be provided with devices for training in different areas such as software development and design, amongst others.
The Digital Nigeria Centre (DNC) is a project facilitated through the Universal Service Provision Fund of the Nigerian Communications Commission (NCC) under the Ministry of Communications and Digital Economy. 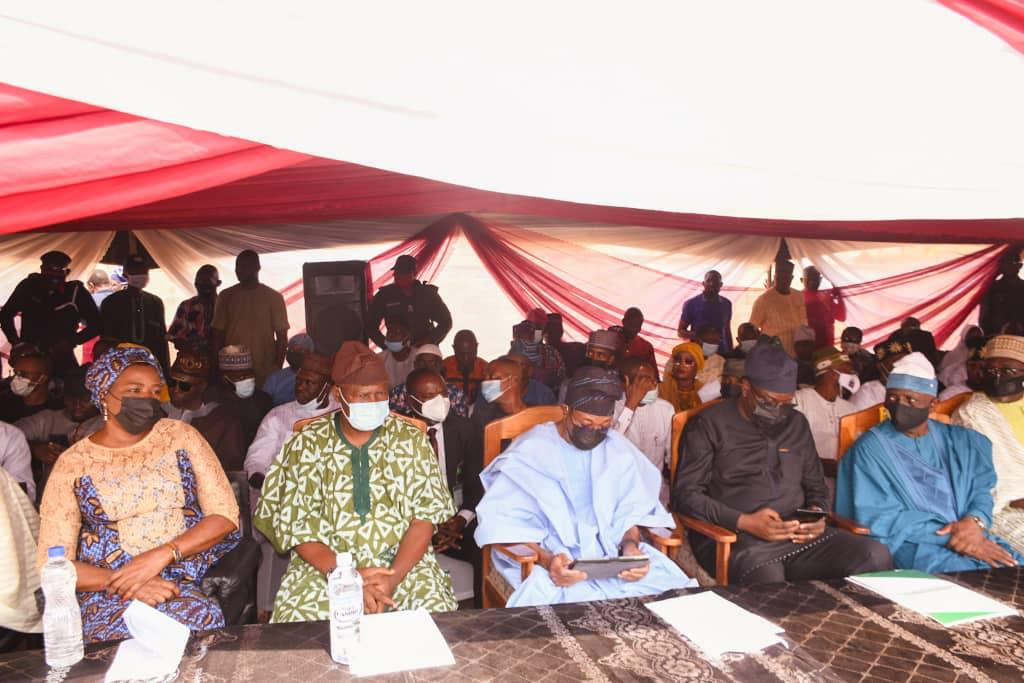