By The Gazelle NewsFebruary 2, 2022No Comments3 Mins Read 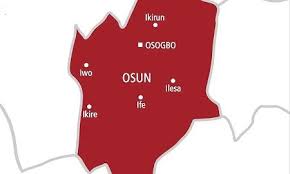 As part of effort to compliment the effort of administration of Governor Adegboyega Oyetola of Osun State, a group, the Congress of Progressive Youths (COPY) has flagged off the grading of 500 kilometers road network across all the 67
Local Governments, Local Council Development Areas and Area Councils across the length and breath of Osun.

The grading of the roads, which is an initiative of COPY and sponsored by Hansmag Nigeria Limited under the authority of her MD/CEO, Prince Awofirayo, was geared towards massive intervention on access and link roads, to support the efforts of the government of Osun under Governor Gboyega Oyetola to boost security and increase the socio-economic well-being of the residents of the state.

Speaking at the formal flag-off ceremony in Ile-Ife, Hon. Ajibola Famurewa said the exercise is one of a kind and should be imitated by well meaning individuals as a means of giving back to the society and supporting a functioning government.

“This remarkable feat was not only an eloquent confirmation of a kind, philanthropic gesture but also a testimony of the popular saying that no meaningful development would happen to a people unless they are willing to change the state of things, first by themselves before looking up to the government”.

Similarly, the Deputy State Chairman of the APC, Hon. Tajudeen Lawal expressed his delight at the giant stride recorded by COPY and Hansmag Nigeria Limited who are the facilitator and the sponsor of the massive grading exercise respectively.

He said it is indeed, a great thing for “our people to have recognized the fact that the government alone cannot shoulder the burden of development and also to be able to take huge steps as well as put a lot of money in to community development”.
He also expressed his joy for choosing Ile-Ife as the starting point being the source of the Yoruba.

In his remark, the Project Manager of Hansmag Nigeria Limited stressed that the grading of the 500 kilometers of roads is a glorious dawn for community development as exemplified through the inclusive governance of Governor Gboyega Oyetola’s administration and the goodwill of the citizens of the state.

“This means that the motorable road network in our State of Virtuous will increased by 500 kilometers by the end of the grading exercise. This is been done to improve the security of our neighbourhoods, allow for ease of access to inner communities while enhancing economic activities.

“At a time the national economy is facing financial challenges, the Oyetola’s administration is able to inject over N19b into the economy of our state through various infrastructural and economic development initiatives, thereby stimulating employment and engaging the business sector,” Mr Aderinto, DG-COPY said.

The flag off was graced by eminent dignitaries from all works of life. The Chairman of the community also expressed his joy for chosen his community as one of the beneficiaries of the project. He then prayed for the sustenance of the current administration and pledged the support of the people of his community for the government of the day.