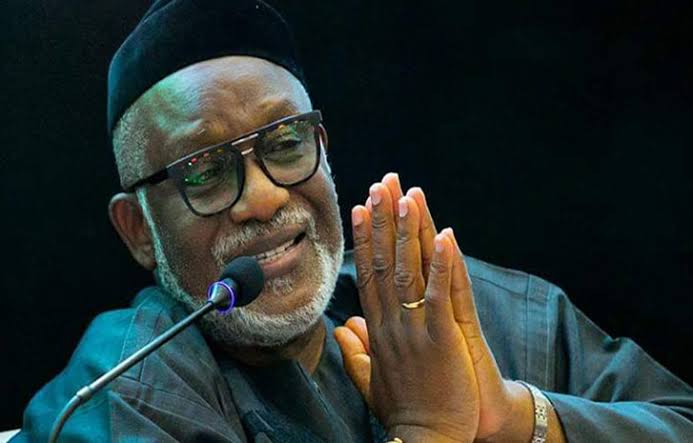 Posted By: The Gazelle NewsIn:
Print Email
The Aketi Network Alliance has congratulated Arakunrin Oluwarotimi Akeredolu, Governor of Ondo State, on the occasion of the 3rd year anniversary of his government, The Gazelle News.com can  report.
According to Engineer Benjamin Akin Akinbobola, state Coordinator of the group, the Governor has performed beyond expectation in the first three years of his administration.
“The achievements of Gov. Akeredolu in the past three years is quite unprecedented, particularly in the areas of infrastructure development,” the group said.
The Aketi Network Alliance listed the major achievements of the Ondo Governor to include the establishment of: Win Win Textile Industry, MDF Factory for plywood production, Winery and Gin Factory., Donfeng Automobile Assembly Plant and Paper Mill Factory, which are functioning at the Ondo Linyi Industrial Hub, Ore.
“Also, we appreciate the construction of many roads in each of the eighteen local government areas, the regular payment of workers salaries, and other numerous developmental projects already executed across the State.
“We heartily welcome to Ondo State, President Muhammadu Buhari GCFR, the APC National leader, Asiwaju Bola Tinubu and the Kebbi State Governor, HE Atiku Bagudu.
“It is indeed a new dawn of the next level in Ondo State,” the group said.