‘How N5bn Kwara Money Was Diverted And Shared’

By The Gazelle NewsMarch 3, 2020No Comments2 Mins Read 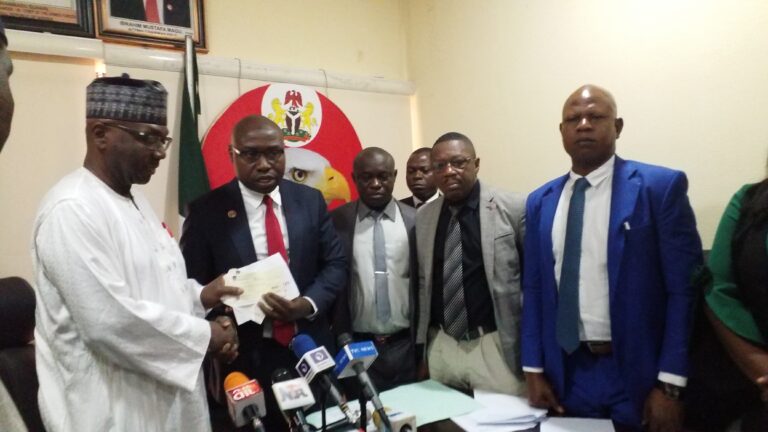 The Economic and Financial Crimes Commission (EFCC) has given insight into how N5 billion belonging to the Kwara State was siphoned and shared by prominent people in the state, The Gazelle News.com can report.

The Head of the Ilorin zone of the anti-graft agency, Isyaku Sharu, disclosed on Tuesday, 3 March, 2020 in Ilorin that the N5 billion was siphoned from the covers of the state Internal Revenue Service (KWIRS).

The Gazelle News.com reports that the EFCC zonal head spoke during the handover of N263.327 million recovered from the state looted fund to the state Governor, AbdulRahman AbdulRazaq in Ilorin.

Sharu explained that the N5b KWIRS money was shared among prominent individuals in the state in the ratio of 30:70.

He revealed further that the recovered money was from suspected looters of the state’s treasury.

He said: “The money was siphoned from KWIRS and 16 Local Government Areas of the state.

“We have 48 convictions and the worth of recovered assets, both at interim and final forfeiture is in excess of N8.5 billion.

“The mandate given to the Commission is to conduct holistic and all-inclusive clean up of fraud and pen robbery, and we will not relent in doing this.”

“This fund will be used to augment thebudget, social development and the remaining will be used for paying state government debt to federal government on the SME programme.”

He further revealed that the previous administration in the state, took a loan of N2 billion from the Federal Government to implement SME programmes, but nothing was accounted for, as most of it was basically stolen.