By The Gazelle NewsDecember 26, 2022No Comments6 Mins Read 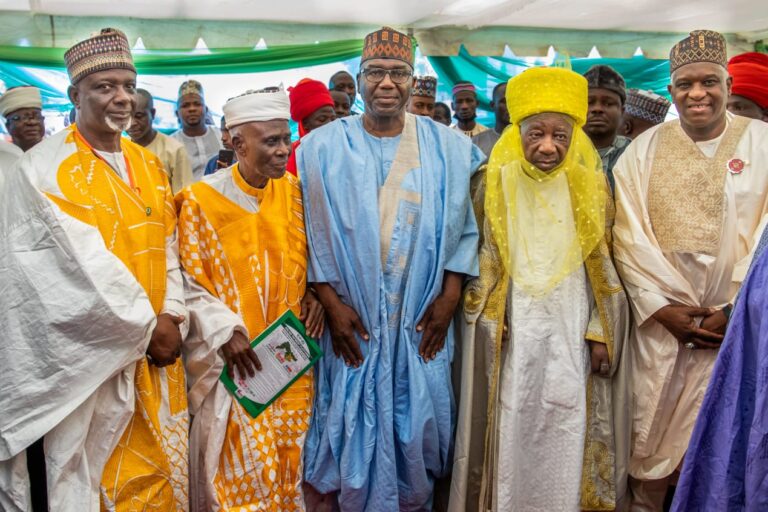 Share
Facebook Twitter LinkedIn Pinterest Email
State Governor, AbdulRahman AbdulRazaq had his speech punctuated by applauses and affirmation on Sunday as he narrated how the capital city Ilorin is wearing new looks following government’s delivery of new roads and execution of many giant projects that the public could easily relate with. 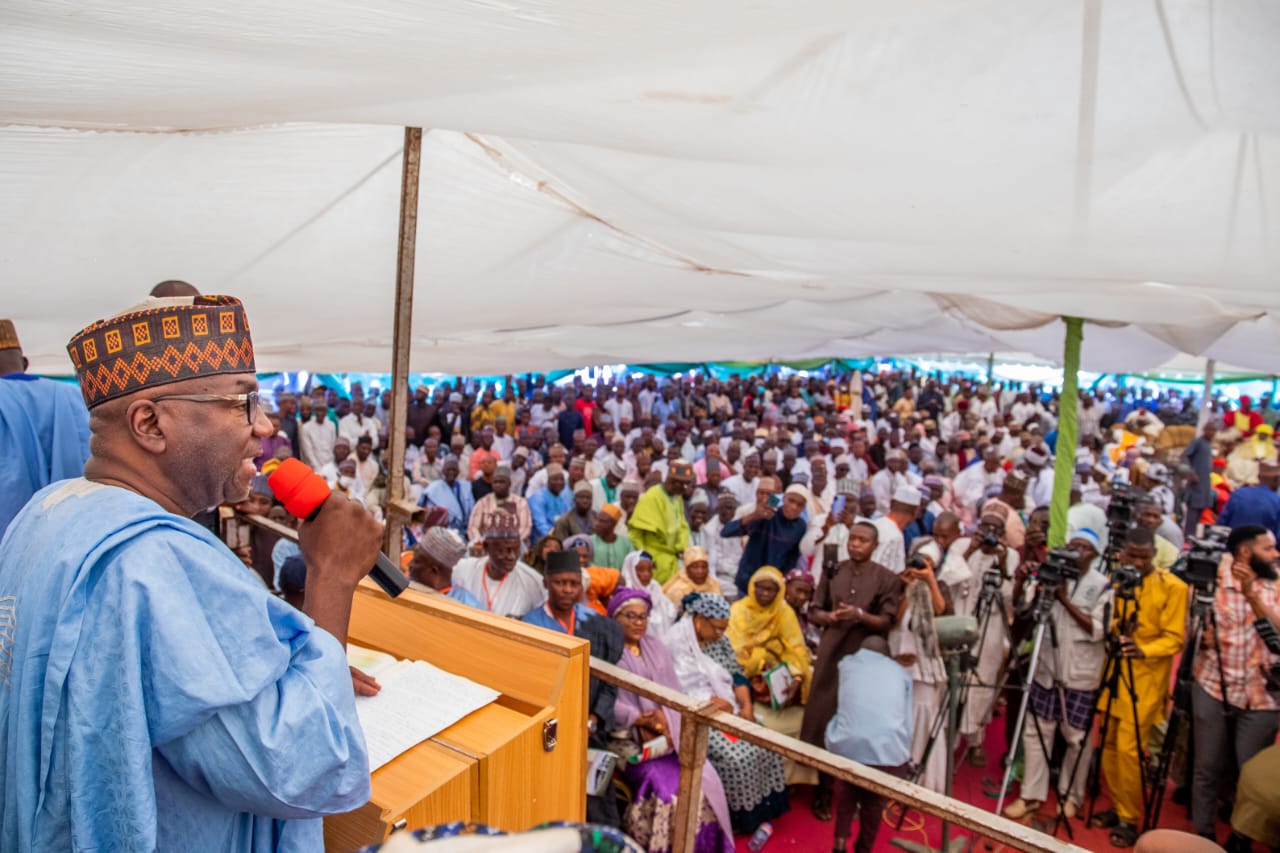 Speaking at the 57th Annual National Conference of the Ilorin Emirate Descendants Progressive Union (IEDPU) at the forecourt of the Emir of Ilorin Dr. Ibrahim Sulu-Gambari, the Governor commended the traditional ruler and the IEDPU for keeping the flag flying and said a lot needs to be done to make the capital city the number one positive reference point in Nigeria.

“I especially commend the Emir and the leadership of the Ilorin Emirate Descendants Progressive Union for keeping the flag flying every year. We thank you for keeping the legacy of Sheikh Alimi evergreen. Distinguished elders, brothers and sisters, our administration remains committed to inclusive growth. Our goal is to make Ilorin one of the most celebrated capital cities in Nigeria and beyond. This is what informs the focus of our projects,” he said.

“We need to commend the focus of the IEDPU. We used to come annually for the launch of calendar. But this year has changed and we are proud of that. The main focus for this year is the ICT centre. I dare say that we must support the IEDPU to make sure that by this time next year the ICT project is completed.

“I was in Kwara South yesterday to launch a hospital project by Offa Metropolitan Club. Let’s also make Ilorin greater; we should take the lead. By this time next year, IEDPU should be launching another project. It is a challenge for all of us. We are all members of the IEDPU and we should support them to achieve the set goals.

“By now we should be pointing to numerous community-sponsored projects in Ilorin. I am glad this has started already. On our part, we are trying to change the face of Ilorin. You can see interlocking pavements taking place all over the town under our urban renewal programme. We are dualising the Yebumot/Oloje road; we are fixing Adeta/Pakata road; and Pakata/Oja-Oba road project; Old and New Yidi road. We will keep doing our best to make sure we transform Ilorin.

“In terms of infrastructure, we are renovating different parts of the state stadium; and we are building a new Squash Court. The Ilorin International Conference Centre will be the best of its kind in northern Nigeria outside Abuja. In terms of industrialisation and employment, we have just awarded a contract for industrial pack in Eiyenkorin. There will be another pack in Malete. And you know, the state is building its own Innovation Hub, which will run along with IEDPU’s Innovation Hub in order to empower our youths to achieve greater heights.

“Let us commend the Chief of Staff to the President Prof Ibrahim Gambari. He hardly has time to come to Ilorin but he has been doing a yeoman’s job in Abuja. One of the projects, which has not been announced properly, is the protocol we signed which work will begin soon. It is a brand new diagnostic center worth $7million which will be located in Ilorin here. You have seen that during Maimartaba’s reign God is doing Ilorin favours. All Ilorin indigenes are progressing dutifully and rightfully.”

The Governor meanwhile donated a sum of N25 million as a support for the IEDPU’s ICT hub and promised to ensure quick completion of the project.

The Emir of Ilorin, for his part, appealed to the descendants of the Emirate to remain peaceful and united, and be committed to the course of growth and progress of the Emirate.

He congratulated the leadership of IEDPU and the entire people of the Emirate for devoting their time and resources for the overall development of the city.

The monarch hailed Governor AbdulRazaq for taking a lead in the projects that continue to change the face of the ancient city.

Belgore, for his part, said Ilorin is fast becoming a choice destination for tourism because of the proliferation of state-of-the-art facilities, which he noted has continued to promote development and bring about economic benefits to the residents and entire citizens.

He commended the leadership qualities of Governor AbdulRazaq and how he uniquely contributed to the growth of the Emirate and turned the city to a tourism and economic hub.

“I would like to say that it is encouraging that Ilorin city is fast becoming a choice destination for tourism, thanks to the proliferation of state-of-the-art facilities in hotels, resorts, other public facilities and chiefly the drive of the state Governor AbdulRaman AbdulRazaq,” he said.

Belgore charged the people of the Emirate to continue to exist in peace and unity, and forge ahead in the area of career development.

National President for IEDPU, Alhaji Aliyu Otta Uthman, said the cultural activity was organised to converse, consult and harvest thoughts on issues of local, national and International dimensions for the good of the Ilorin community and the nation at large.

The President, who clarified that the Union is apolitical, called on political parties in the state to make their campaigns issue-based and devoid of violence, asking politicians to always caution their followers against what could threaten the existing peace in the city and the entire state.

Otta praised AbdulRazaq for his government’s investments in road and school infrastructure, and waste management system, including the flyover at Tanke and expansion of Yebumot/Ita-Ama/Oloje road project, asking the government to do more.

“Crime and criminality are reducible if the youth are engaged in any sector of our economy or offered the opportunity to run their own enterprises. We owe our youth the duty of making a living and surviving notwithstanding the condition of our economy by drawing them away from political thuggery, cybercrime, scam of any sort,” he added.

One of the highlights of the programme was the Emir announcing Hajia Bola Shagaya as the Zaraniya of Ilorin.