By The Gazelle NewsMarch 5, 2020No Comments1 Min Read 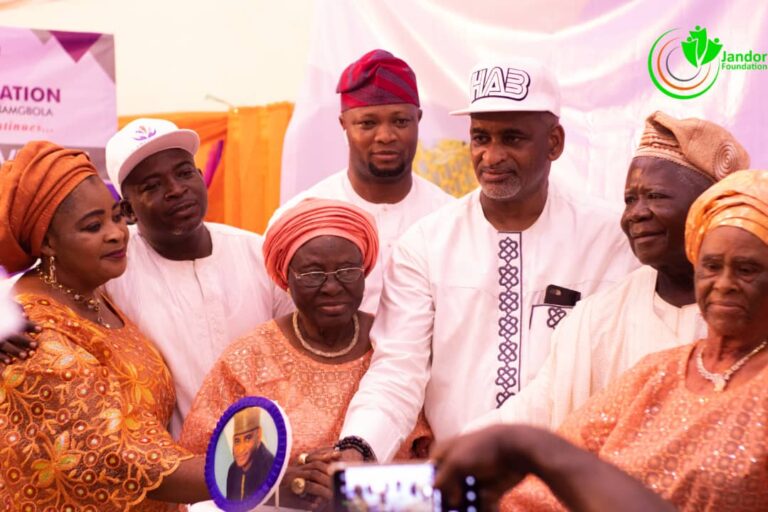 Share
Facebook Twitter LinkedIn Pinterest Email
On Wednesday, 4 March, 2020, Lagos bigwigs gathered to celebrate the All Progressives Congress’s Vice Chairman for Lagos Central Senatorial District, Hon. Akeem Bamgbola, on his birthday celebration and the official launch of the Hakeem Adisa Bamgbola (HAB) Foundation, in the Surulere area of Lagos State.
The event marked the celebration of the meritorious service of the former council boss to the people.
Eulogising the leadership qualities of Hon. Akeem Adisa Bamgbola; the Lead Visioner of Team Jandor, Mr. Abdulazeez Olajide Adediran; described the Lagos APC Vice Chairman as a leader who leads by example, evident is the ideas initiated by his followers, giving birth to the HAB foundation.
Jandor as he is fondly called, pledged the support of Team Jandor to partner with the HAB Foundation, by extending the selfless service to humanity to all nooks and crannies of Lagos State.
Highlight of the event include group photographs by notable dignitaries, politicians, technocrats, business moguls and state functionaries. Presentation of video documentary and roll out of the foundation’s itinerary.