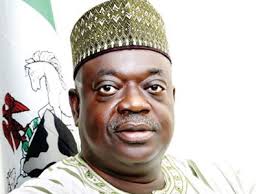 The trial of a former governor of Niger State, Muazu Babangida Aliyu, and his then Chief of Staff, Umar Nasko, on alleged N2 billion money laundering was on Monday, January 18, 2021, adjourned till March 29, 2021, following the absence of the trial judge, Justice A. B. Aliyu.

Babangida and Nasko are facing prosecution by the Economic and financial Crimes Commission, EFCC, on amended three counts -charge of breach of trust and money laundering to the tune of N2billion.

The trial which was initially scheduled to continue today January 18, 2021 cound not proceed as the prosecution team were told that the trial judge had travelled and that one of the counsel to the defendants is in self- isolation.

In view of the development, the prosecuting counsel G.O Adebola and the counsel holding brief for the first and second defendants agreed that the matter be moved to March 29, 2021, for continuation of trial.

It could be recalled that the matter was on November 23, 2020, adjourned till today, on health grounds at the instance of the defence.