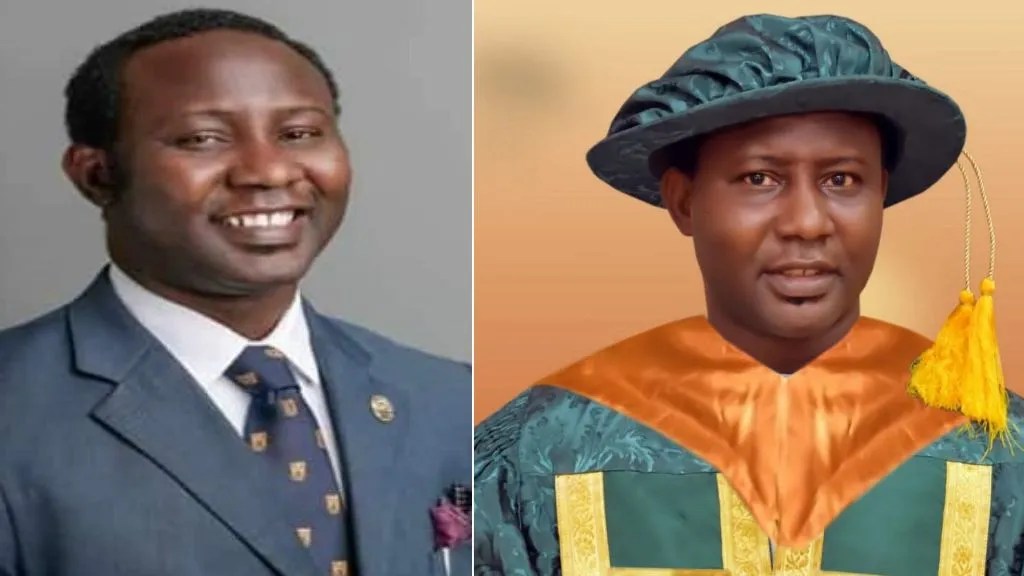 Posted By: The Gazelle NewsIn: NewsNo Comments
Print Email
Prof. Mustapha Akanbi, Vice Chancellor of Kwara State University (KWASU), is dead.
The KWASU Registrar, Mrs Kikelomo Salle, confirmed this in a statement issued in Ilorin on Sunday, 20 November, 2022.
She said Akanbi died on Sunday, 20 November, 2022, after a protracted illness.
“We urge everyone to remember his immediate and extended family, and the University in prayers in this very trying time.
“Burial arrangement will be announced soon,” Salle said.
Prof. Akanbi was born to the family of late Hon. Justice Muhammed Mustapha Adebayo Ajao Akanbi and late Hajia Munfaatu Aduke Akanbi.
He hails from the Ile magaji Kemberi, Awodi, Gambari Quarters, Ilorin East, Kwara State of Nigeria.
He attended various primary and secondary schools across the country i.e Kano, Port Harcourt, Ibadan and Okigwe in Imo State. Prof Akanbi graduated from the Obafemi Awolowo University, Ile Ife with a Bachelor’s degree in law in the second class division in 1993.
Akanbi attended the Nigerian Law School, Victoria Island Lagos, where he also bagged the second class upper division. He was called to bar in 1995.
During his service year in 1995 – 1996, Akanbi served the nation as a legal assistant in the legal unit of the Central Bank of Nigeria in Lagos.
Between March 1996 and 1998, he practised as a junior in the law firms of Wole Bamgbala & Co, Lagos, Olawoyin and Olawoyin, Lagos and Ayodele, ‘Gafar & Co, Ilorin respectively.
Prof Akanbi bagged a master’s degree in law (LLM) in 1998 from University of Lagos, Akoka. Between 2004 and 2006, he attended the prestigious Kings College, University of London, United Kingdom for his doctorate degree in law (Ph.D) which he bagged in a record time of 2 years.
During his doctorate programme, Akanbi also earned a Graduate Certificate (Non-award Route) in Academic Practice (GCAP), from the same university in 2005.
In August 1998, Akanbi joined the service of University of Ilorin as a lecturer 2 in the Department of Business law, faculty of law of the University. By dint of hard work and perseverance, he rose through the ranks and was appointed a Professor of Law in the Department of Business Law in October 2012.
In 2014, he was also appointed an adjunct professor of law at the Kings University College, Accra, Ghana for a period of one year.
In over two decades career period in the University of Ilorin, Akanbi has held several administrative positions, chief of which were: Sub-dean of the faculty of law, Head of Business Law Department, Faculty of Law, Postgraduate Representative, Senate Member, Dean of the Faculty of Law, Deputy Director, Centre for Research Development and In-House Training (CREDIT) and Director, School of Preliminary Studies, Fufu, University of Ilorin.
Akanbi has over 60 national and International publications in reputable peer-review journals with a bias in Alternative Dispute Resolution (ADR) and Arbitration Law.
Other research areas include conflict resolution laws, corporate management law and practice. In 2017, Akanbi completed a BADEA-UNITAR Online Course on Private Sector Development (2017) with specialisation on Ease of Doing Business in Africa and was awarded a Certificate of Completion by Arab Bank for Economic Development in Africa and United Nations Institute for Training and Research (BADEA-UNITAR).
Akanbi has a number of cutting-edge and trans-disciplinary research projects and consultancy to his credit, some of which include: Lead researcher (2016- 2017), ‘Developing Interventions: Understanding Prosecutors’ Routine and Pretrial Practices’. (A research project involving 6 countries: USA, Mexico, South Africa, Ukraine, Poland and Nigeria) commissioned by the Open Society Justice Initiatives, New York.