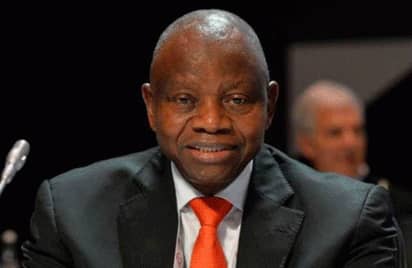 Posted By: The Gazelle NewsIn: No Comments
Print Email
By Wale Joseph
The first edition of the Olympic Value Education Programme (OVEP) for Nigerian University Athletes for Schools in the South West holding at the Lagos State University started on Tuesday, 16th March, 2020.
The programme which is put together by the Nigeria Olympics Committee in conjunction with Nigerian University Games (NUGA) is aimed via the Olympic Movement to educate young people through sports in the spirit of better understanding and friendship, thereby helping to build a better and more peaceful world. That is, Olympism is a philosophy of life which spans more than the seventeen days of the quadrennial Olympic Games.
The President of Nigeria Olympic Committee (NOC), Engr Habu Gumel in his remark said the NOC is highly delighted to be part of this unique event because the International Olympic Committee (IOC) has been focusing on the promotion of Olympic Values through Olympic Education in both primary, secondary and tertiary schools.
Speaking further, Gumel congratulated NUGA, one of its partners and a member of the Nigeria Olympic Committee for the collaboration and what the training will birth in the subsequent NUGA games.
“This is because in recent time most of our national athletes emerge from Universities and it is on this premise that the Olympic Value Education Programme (OVEP) is being organized for Nigerian University Athletes in order to help inculcate the Olympic Spirit in Nigerian athletes,” he said.
Professor A.O.K Noah, Deputy Vice Chancellor, Academics, Lagos State University while welcoming all participants to LASU enjoined all athletes to always keep in view the three cardinals of the Olympic Values which are,”Friendship, Excellence and Respect”. This will not only help you as a sportman but will also transcend to the day to day life making you a disciplined and better person.
The South West leg of OVEP will end  on Thursday, 19 March, 2020 while the South East and South South Zones will hold at the University of Nigeria, Nsukka from 6th to 9th of April. Also, the Northern hemisphere will converge on Abuja between 4th and 7th of April with six athletes from 10 universities from each of the six geo-political zones taking part in the programme.

In Pictures, Orelope-Adefulire At APC Presidential Rally In Lagos

The Pandemic & The Country’s Future

#COVID-19 And The Inevitable Teaching Dynamics