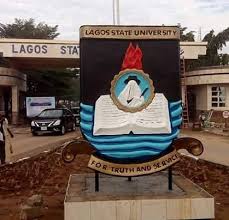 Posted By: The Gazelle NewsIn: No Comments
Print Email
By Wale Joseph, Lagos
The Nigeria Olympics Committee (NOC) in conjunction with Nigerian University Games (NUGA) will be organizing an Olympic Value Education Programme (OVEP) for Nigerian University Athletes, The Gazelle News.com reports.
With Sports becoming a global phenomenon in the last three decades, characterized by increasing rivalry among participating athletes and nations, the NOC deemed it fit to help in inculcating the Olympic Spirit in Nigerian athletes in the various universities which is a constituent of the International Olympics Committee (IOC).
According to the NOC Secretary General, Olabanji Oladapo, “We have recognized the emerging danger amongst sports men across the world hence our decision to initiate the Olympic Value Education Programme (OVEP) to protect the sanctity in sports participation and effectively contribute to building a peaceful and better world.
“We need to keep educating youths on how to practice sport without discrimination of any kind, in the spirit of friendship, solidarity and fair play in line with the Olympic spirit”.
The first edition to cater for schools in the South West will hold at the Lagos State University from 16th to 19th of March, 2020 while the South East and South South Zones will hold its own at the University of Nigeria, Nsukka from 6th to 9th of April.
Those around the Northern hemisphere will converge on Abuja between 4th and 7th of April with six athletes from 10 universities from each of the six geo-political zones taking part in the programme.

Lagos Is A Success Story, Obasa Says As He Revalidates APC Membership