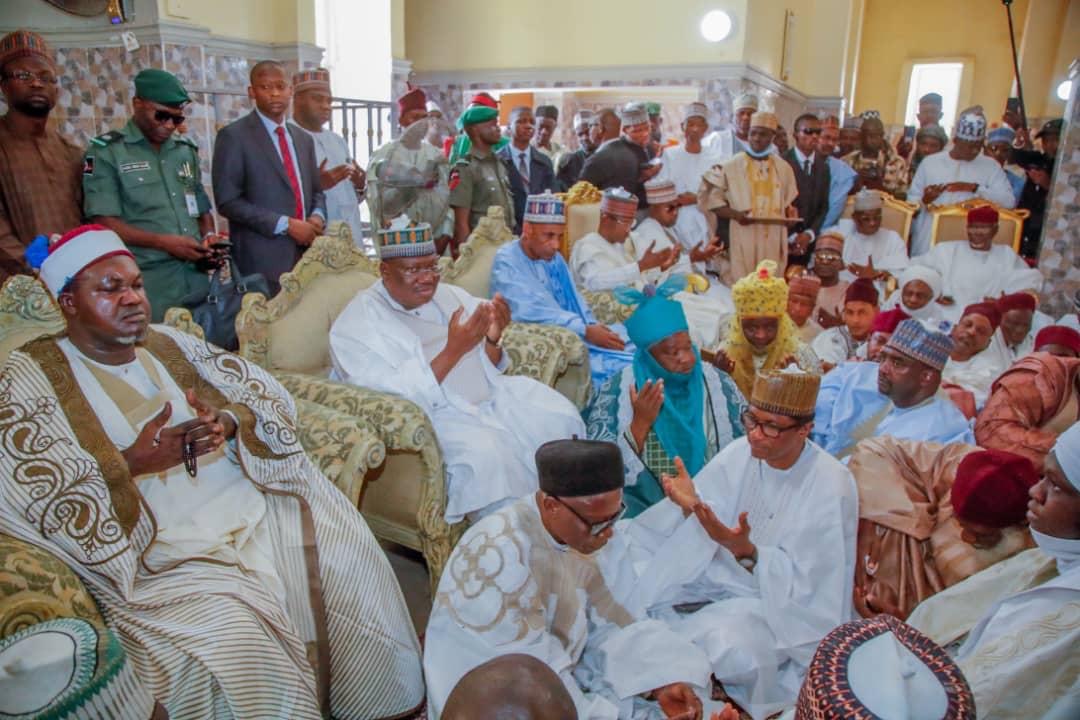 Posted By: The Gazelle NewsIn:
Print Email
President of the Senate, Ahmad Lawan, on Saturday, 29 February, 2020 attended the wedding Fatiha of two daughters of the Emir of Bade, HRH Abubakar Umar Sulieman.
The Emir’s daughters whose hands were given out in marriage in accordance with Islamic rites are: Aisha Abubakar Umar who is betrothed to Mohammad Abubakar Usman, and Fatima Saleh Grema to Ali Alhaji Bakari.
The event was held at the Gashua Central Mosque in Bade Local Government Area of Yobe State and graced by dignitaries including traditional rulers from within and outside the state.
The Senate President gave out one of the daughters of the Emir, Aisha Suleiman, during the course of the wedding ceremony.
Prayers were thereafter offered for the newly wedded couples.

Insecurity: Senate Moves To Establish Commission Against Illegal Use Of Guns