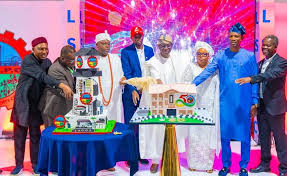 It is five decades since the establishment of Lagos State Development and Property Corporation (LSDPC) by the State Government, the corporation marked its golden jubilee on Thursday with a special conference, where it took stock of its interventions in the housing and property market.

The corporation was established by Edict No. 1 of 1972 as a Government agency charged with the mandate to develop conducive, modern housing schemes to meet the needs of low and middle-class families, while transforming the urban residential communities into a planned and habitable neighbourhoods. 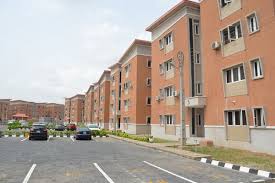 LSDPC, in the mid 1990s, expanded its mandate as its operation was commercialised for improved services. The corporation stopped receiving government subventions and by 2003, LSDPC became fully commercialised under the administration of Asiwaju Bola Ahmed Tinubu.

LSDPC, in the last 50 years, has built and delivered over 120 housing schemes, raising the Lagos housing stock with 27,000 units of affordable homes scattered across the State.

Governor Sanwo-Olu, who led LSDPC as Chief Executive Officer (CEO) between 2016 and 2018, said the milestone being celebrated by the corporation was the effort of whole generations of Lagosians who had worked in the agency since inception. 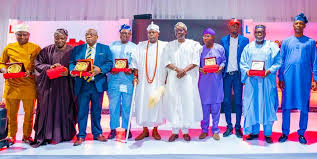 LSDPC, the Governor said, has become a household name in Nigeria’s property sector, noting that the corporation’s success story stemmed from aligning itself with the vision for which it was set up. He pointed out that LSDPC was fortunate to be led by enterprising administrators who laboured to build the corporation into an efficient institution.

Sanwo-Olu said: “The milestone the LSDPC is celebrating today is not the work of one individual but the hard work of a whole generation. This glory belongs to all Governors who gave LSDPC free hand to flourish and also every staff member who has worked in the corporation since its inception. This progress speaks to aligning with the vision of its establishment and the purposeful leadership.

“I particularly acknowledge the efforts of the current and past leadership in the corporation who have toiled and laboured to build this great institution. They have built this great household name which all of us are proud of. We appreciate private sector partners who have taken the risk and worked with the Government to give fresh breath in housing development.”

The Governor said provision of comfortable housing schemes remained a cardinal priority in his administration’s development agenda, stressing that LSDPC is a key agency being used to actualise his Government’s housing promises and transform Lagos into a 21st century city.

Sanwo-Olu charged the corporation to chart a new path in its intervention and set a new standard in making its next 50 years more impactful to Lagos residents.

The Governor said the race to the next golden jubilee would be determined by how well the LSDPC leadership, its workforce and partners play their roles in sustaining the legacy of integrity and quality service delivery.

“It is only when we play our part well and do the right thing that LSDPC would live to witness another glorious 50 years and hand over to the next generation as one of the best legacies we have built. Every member of staff and management must undertake this personal responsibility in playing their roles and ensure the corporation does not go down under their watch. We must ensure we do everything to build the institution to outlive all of us working in it today,” Sanwo-Olu said.

LSDPC Managing Director and CEO, Hon Ayodeji Joseph, said the corporation had achieved remarkable results in fulfilling its mandate, stressing that the agency had developed its housing programme in line with the needs of low- and middle-class families.

Joseph promised the next decades would be rewarding for the corporation, as the agency is being repositioned to sustain and build on the legacy and ensure Lagosians have access to decent, affordable homes regardless of their economic status.

“In last five decades, we have fulfilled the vision of our founders. The next decades would be better and rewarding for the corporation, as we are opening new frontiers of innovation and partnership to deliver more safe, decent and sustainable housing schemes for Lagosians”, LSDPC boss said.

President, Housing Corporation of Nigeria, Dr. Victor Onukoga, hailed Lagos State Government for sustaining the LSDPC vision, presenting a prize to Sanwo-Olu as the Most Performing Governor in Housing Development.