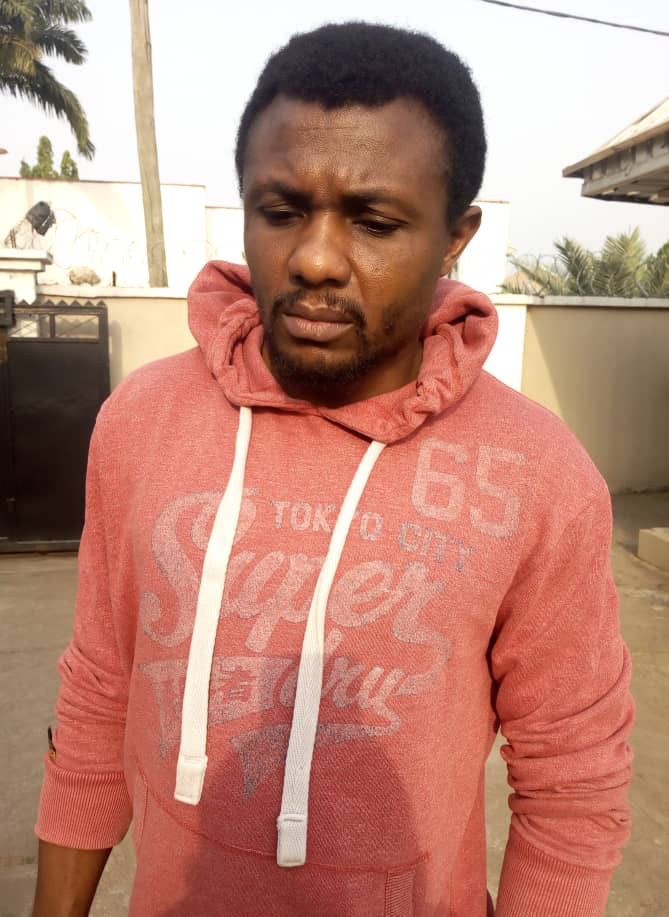 Justice Mobolaji Olajuwon of the Federal High Court sitting in Makurdi, Benue State has sentenced one Ifeanyi Uche to two years imprisonment with an option of fine of N100,000 (One Hundred Thousand Naira) for obtaining money by false pretence to the tune of N325,000.00 (Three Hundred and Twenty-five Thousand Naira).

The convict was arraigned on a one-count charge by the Economic and Financial Crimes Commission, EFCC, Makurdi Zonal office, on Wednesday, March 4, 2020.

The count reads: “That you, Ifeanyi Uche, sometime in October, 2019 in Gboko within the jurisdiction of this honourable Court with intent to defraud obtained the sum of N325,000.00 (Three Hundred and Twenty Five Thousand Naira) only from one Orbunde Nguvern Linda under pretence that she would be awarded a contract for the supply of fertilizer to Federal University of Agriculture, which you knew was false and thereby committed an offence contrary to section 1(1)(b) of Advance Fee Fraud and Other Fraud Related Offences Act, 2006 and punishable under section 1(3) of the same Act”.

He pleaded “guilty” following a plea bargain agreement with the Commission.

In view of his guilty plea, and subsequent review of the facts of the case, counsel for the EFCC, Y.Y. Tarfa, prayed the court to convict him, accordingly.

However, counsel for the convict, Donald Kwaghtser, pleaded with the Court to temper justice with mercy, as his client was a first-time offender.

Consequently, Justice Olajuwon convicted and sentenced him to two years imprisonment, with an option of fine of One Hundred Thousand Naira (N100,000.00). The Court further ordered that the N325,000.00 which had been refunded by the convict during the course of investigation be paid to the victim as a restitution. He was also ordered to take an undertaking not to commit any further financial crimes again.