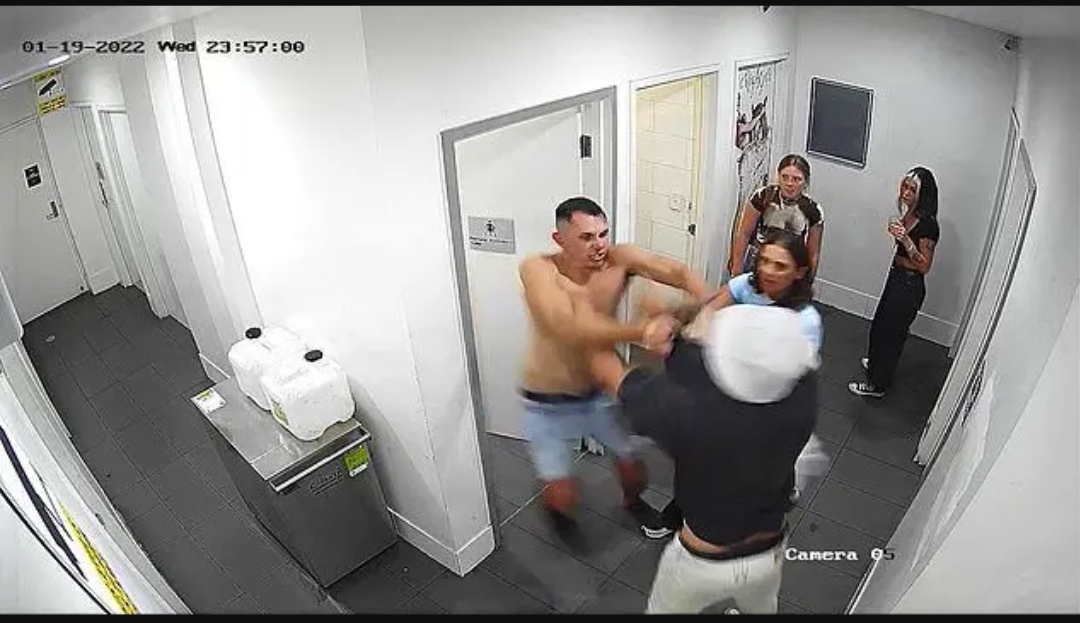 Posted By: The Gazelle NewsIn: Metro, News, WorldNo Comments
Print Email
A man attacked a cleaner when he was caught in the midst of an intimate act with a woman inside a disabled toilet.
Ex-army aircraft mechanic Billy Dean Fallon, 28, was getting intimate with a woman when the cleaner knocked on the toilet door, so he rushed out of the cubicle to beat up the cleaner.
He admitted assault occassioning bodily harm at Southport Magistrates Court in Queensland, Australia today, Monday, November 7, and was ordered to pay the victim $1,500.
The horrific incident took place at Nightjar nightclub in Burleigh Heads in January this year.
CCTV played at the court shows the 28-year-old clubgoer rushing out of the disabled toilet cubicle without a shirt and throwing a flurry of punches at the cleaner, who had been knocking on the door for about three minutes.
A woman walked out from the cubicle holding two drinks while watching Fallon beating the cleaner at the other side of the toilet.
Fallon was pulled away by a security guard, who came in with other witnesses, before he reported the incident to the police.
Defending, lawyer Angus Edwards said Fallon was in the cubicle becoming intimate with his partner, adding: “They were in the midst of becoming intimate when someone started banging on the door.
“He acted impulsively, he acted protectively and he thought he was protecting himself and his partner.”
Magistrate Michelle Dooley said the attack on the cleaner was uncalled for as he was simply doing his job.
“This individual was engaged in his normal employment, was clearly unaffected by alcohol and just going about his normal duties as part of his job,” she continued.
Fallon was sentenced to 12 months in jail but was given immediate parole. He was ordered to pay the cleaner $1500 in compensation.
Source: NewsRescue