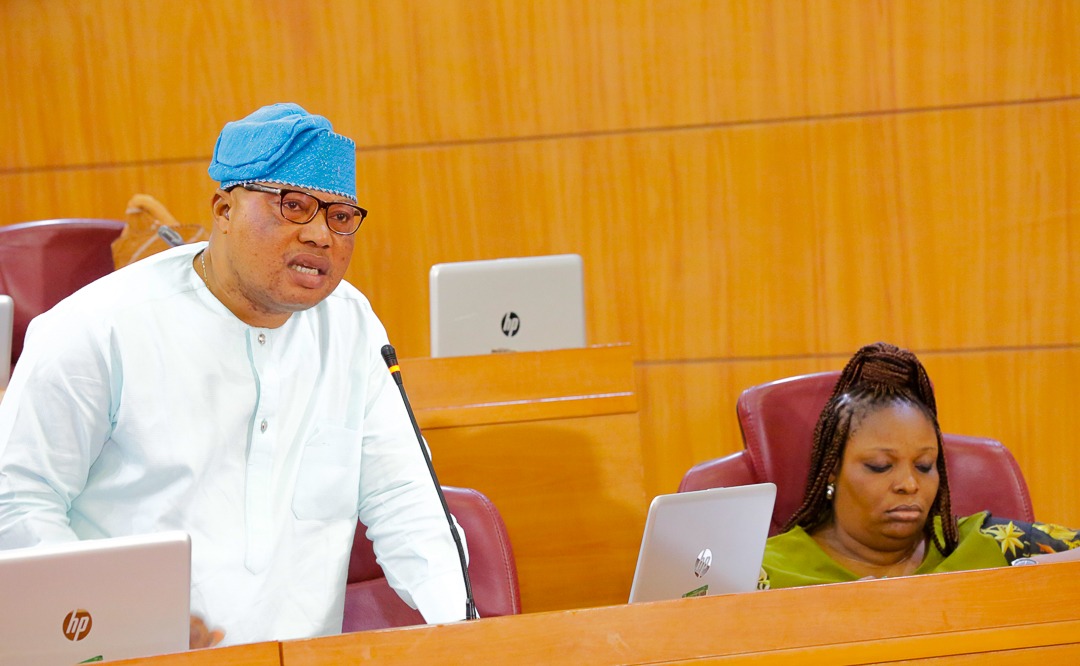 Lagos State House of Assembly on Tuesday, 3 March, 2020 called on Hon. (Mrs.) Sola Adeolu, former Commissioner for Tourism, Arts and Culture in the state over poor performance of the 2019 Greater Lagos Fiesta.

This is sequel to the motion moved by Hon. Nurudeen Saka-Solaja, Chairman House Committee on Tourism Arts and Culture for the need to question the ex-Commissioner on how funds allocated for the Fiesta was expended.

Hon. Solaja, in his submission, said that Lagos State has been known for organising the Greater Lagos Fiesta, since Governor Babatunde Fashola’s regime which is meant to showcase Lagos State as a place where people come to commemorate the crossover into the New Year.

“The Y2019 Fiesta was an eye sore, despite being invited by the Committee to give a brief about the itinerary before the event,  the former Commissioner said that the Fiesta was going to hold for two days, instead of 7 days. This Fiesta is to occupy the delinquents in the State for the duration and is to be compared with other carnivals, however, the Fiesta turned out to be a disaster and we therefore need to call on the former Commissioner to give an account of the whole process,” he said.

Hon. Rotimi Olowo representing Somolu I, in his opinion supported the motion, noting that the carnival is not a one man show, as it is meant to be all inclusive because the essence is to promote culture and tourism in the state.

However, according to him, it ended up being a disaster and one damage can go a long way to disregard the culture, arts and tourism of Lagos State.

Also contributing, Hon. Mojisola Lasbat Miranda representing Apapa I sustained the need to summon the ex-Commissioner for Tourism as well as the current sitting bodies that would be involved in the upcoming event. She noted that the event, a 7-day program cuts across all divisions which also helps in keeping the youths and delinquents involved as well as showcasing upcoming talents.

Hon. Tunde Braimoh representing Kosofe II congratulating the mover of the motion ascertained that public servant is public image and to whom much is given, much is expected.

“The Constitution mandates and enjoins us that all must answer to the call of the Law and the Commissioner involved must explain how the humongous fund ventured into the Y2019 Fiesta was expended. Tourism is the future of Lagos which can serve as a cash cow if judiciously managed and utilized. The Commissioner must be brought to account,” he said.

Lending his voice, Hon. Sanai Agunbiade representing Ikorodu I, noted that the Lawmakers are representatives of each constituency and there was so much complaints raised against Greater Lagos Fiesta Y2019 which was established to raise the bar of tourism in Lagos and has been improving each year since inception until the turning point of Y2019.

He further stated that the volunteers and sponsors who ought to participate in the event boycotted the event and wide range publicity was not given to the event based on the orders of the organizer and it is pertinent that the bodies involved are called for a total review in order to sustain the interest of the State.

Hon. Gbolahan Yishawu representing Eti-Osa II asserted that the motion is apt as the House needed to investigate for knowledge sake and to reassure Lagosians also to mitigate the effect of the Fiesta’s poor performance.

Hon. Sa’ad Olumoh representing Ajeromi/Ifelodun I, said, “Tourism contributed ₦800bn to the internal revenue and Lagosians made ₦50bn, which is not something that can be wished away especially imagining how much was lost in revenue from the last Fiesta; therefore  we must call on all involved bodies to give account to figure out ways to forge ahead.”

Consequently, the Speaker, Rt. Hon. Mudashiru Obasa directed the Clerk of the House, Mr. Azeez Sanni to submit a clean copy of the prayers to the Governor, Mr. Babajide Sanwo-Olu.

Princess Adebajo: The Silent Revolutionalist At Mosan-Okunola, Time To Change The Narrative

LCC Speaks On Bank Debts, Ownership, Fate Of Over 500 Workers