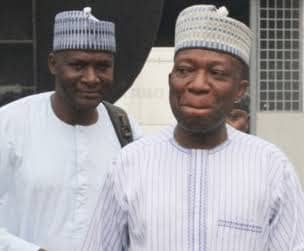 The defendants are being prosecuted by the Economic and Financial Crimes Commission, EFCC for a five-count charge of conspiracy and possession of proceeds of crime to the tune of N450m.

At the last adjourned sitting on March 11, 2020, the Judge had fixed March 12, 2020 for ruling on the admissibility of the Closed- circuit Television, CCTV, footage and its Certificate of Identification sought to be tendered in evidence by the first defendant, Belgore.

Delivering ruling, the Judge admitted in evidence CCTV footage, and the Certificate of Identification.

Justice Aikawa held that it is permissible for a document to be identified by any other than the maker “as the document is not meant to decorate the archives of the court.”

The Judge also overruled the objections of the prosecution and held that the documents could be used by the witness.

Upon admittance of the documents, counsel to the first defendant, E.O. Shofunde, SAN, prayed that the video clip (CCTV footage) be viewed in the open court.

However, counsel for the EFCC, Rotimi Oyedepo, argued that viewing the tape would cause avoidable delay.

Oyedepo, therefore, urged the court to view the video clip at its leisure and form part of the judgment.

Oyedepo also said the prosecution would consent to taking the document as being viewed so as not to waste the time of the court.

Shofunde, in his response, said that a document on tape must be jointly demonstrated and viewed in the open court, “otherwise parties intending to use it will be accused of dumping it before the court.”

Shofunde, therefore, urged the court to refuse the prayers of the prosecution.

Justice Aikawa ruled in favour of the defence, saying that “it is safer in the interest of justice and fair hearing that the court views the tape in the presence of all parties.”