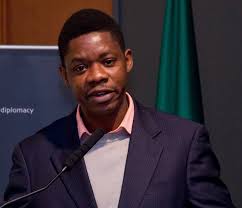 Posted By: The Gazelle NewsIn: featured, News, OpinionNo Comments
Print Email
By Simbo Olorunfemi
I was at the Barber’s earlier today. My remark about the non-renewal of their Dstv Subscription was all it took for the Barber to launch into the history of Dstv Operations in Nigeria, one which I had not heard of before then.
Dstv was originally meant to be set up in Nigeria and not South-Africa, he said. In fact, it was to have been sited in Benin, according to my man. It was Igbinedion who frustrated the move. That, because of his ITV.
How that came to be, what problem ITV would have had with it, I couldn’t process. Well, it was on account of the frustration by Igbinedion that the Chinese moved dstv to South Africa.
Going further, he explained that the reason Dstv is able to get away with so much is that it has a number of top government people on its payroll, remitting returns to them on monthly basis.
All I did was simply listen while my Barber lectured his colleague. I will look up at the mirror from time to time to see his face, stunned to silence by the manner of his smooth delivery.
Fabu!
I kept asking myself. Did the guy make this up or he heard it from someone?
Well, I have read enough on this platform and even mainstream media to know that our people have the head for cooking up just about anything and there is always a ready and willing army of evangelists of falsehood to help spread it abroad.
It is difficult to tell which one is more stunning – that someone will sit in a corner at Okokomaiko and cook up a tale or that people are so unquestioning or gullible that they will ferry around these tall tales.
People will even argue with you about what you were either a part of or affects you personally. It does appear that the more unbelievable it is, the more believable it becomes for some. They will tell you there is no smoke without fire.
That was how some person came up with the story that OANDO is acronym for Olusegun and Obasanjo. Yet Ocean and Oil,  a company owned by Wale Tinubu and his friends which had been in existence before the Obasanjo Presidency, is what became better known by its acronym, upon taking over UNIPETROL and later, AGIP.
Somehow, these stories grow such long  and strong legs. They go everywhere. They never die. The OANDO story made its way to Obasanjo. The Shina Peters-Jim Ovia fabu has refused to die, years after it was fabricated. Some still hold on the story of a N20 million house at Iju and investment in a bank. Fabu!
I was loading airtime on MTN years back, at the point when we used to dial *555*1. Someone was quick to query why I was still adding ‘1’. I was lost. Did I not hear that the ‘1’ added while loaded was a direct remittance of N1 to President Obasanjo’s account?
How do you begin to explain or disprove some of these things to people who believe(d) that there was a special number calling people up and once the receiver picks up, he drops dead?
Where do you even start?
I was there for a haircut. I had a smooth one and quietly left.
The Fabu was only a jara, Saturday bonus.