By The Gazelle NewsFebruary 26, 2020No Comments3 Mins Read 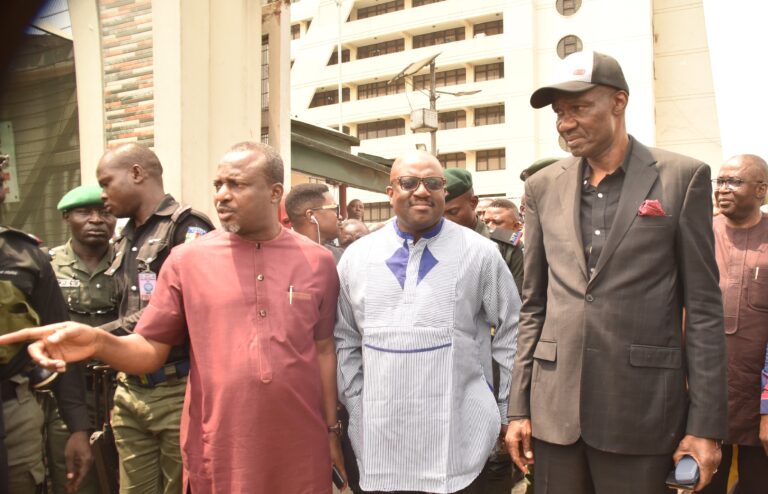 The Acting Managing Director of the Niger Delta Development Commission, NDDC, Professor Kemebradikumo Pondei, has charged Niger Delta youths to work in one accord to create a peaceful environment for development in the region.

The NDDC Chief Executive Officer commended the youths for organizing themselves in an orderly manner and collapsing all the different youth groups into one. He stressed: “The youths are the strength of any nation and if you get it right with them, you have the nation on the right path.”

Prof Pondei re-stated the commitment of the Interim Management Committee, IMC, to engage the youths and all the stakeholders in the Niger Delta region in its programmes. He noted: “We have a running programme with the International Fund for Agricultural Development, IFAD, which will bring a lot of money to boost agriculture.

“We want our youths and women to organize themselves into cooperatives so that they can easily access the programmes of the NDDC.”

The NDDC boss said that the youths would be exposed to different trainings to prepare them to benefit maximally from the Commission’s programmes and equip them to be self-employed.

He remarked: “We know that some people have done small contracts for which they are being owed. Hopefully, the National Assembly would have by next week passed the NDDC budget, because, we cannot spend without budgetary approval. When that is done, we will immediately start payments to those that are owed, especially the small ones.”

“I assure you on behalf of the Interim Management Committee that we will do everything possible to make sure that we touch the lives of everybody in the region to make a difference.”

Prof Pondei observed that empowering the people was as important as executing development projects, since, according to him, “the people have to be alive and well to use the projects.”

He appealed to the youths to be patient with the IMC to get into action, assuring that things would be rolled out as fast as possible.

The Special Adviser Youths to the Acting Managing Director, Mr Alfred Etu, said that the youths had come to welcome members of the IMC as they settle down to tackle the task of developing the Niger Delta region.

He told the Acting MD that the youths had come together under one umbrella, stating: “We have collapsed all the youth groups into one. Niger Delta youths have unanimously agreed to cooperate with the IMC to enable it achieve its lofty goals.”

“We remember your advice to us that orderliness is key because without it, we cannot make progress. We are here to express our support for the IMC to achieve the goals set for it by President Muhammadu Buhari.”

Etu assured that the youths would give the IMC all the support they needed to deliver projects and programmes for the benefit of the people of the Niger Delta region.