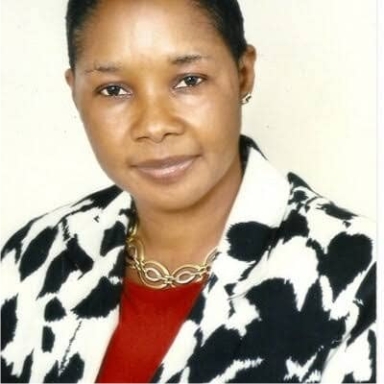 A Member of the Interim Management Committee, (IMC) of the Niger Delta Development Commission (NDDC) Evangelist Caroline Nagbo, has charged Niger Delta women to close ranks and demand for an end to all forms of discrimination against women.

Nagbo said in a press statement to mark this year’s International Women’s Day, that time had come for women to take affirmative actions to remove the human barriers of segregation which limited the realisation of the full potentials of womanhood.

The IMC member stated: “The NDDC would always create platforms and support initiatives that give Niger Delta women equal opportunities with their male counterparts in education, agriculture, entrepreneurship, skills development, career advancement and economic empowerment because we believe that we cannot truly develop our region by leaving the women behind.”

She noted that the year 2020 International Women’s Day was remarkable as it marked the silver jubilee anniversary of the Beijing Declaration on affirmative action for women.

Nagbo underscored the import of the theme for this year’s celebration: “I am Generation Equality: Realising Women’s Rights,” stating that it was an opportune moment for women all over the world to review how well the world had responded to the struggle for gender equality and female emancipation.

The IMC member said that as women around the world take stock of progress made in the post-Beijing Declaration era, women in the NDDC mandate states should take the struggle for gender balance and equality more seriously.

She lamented that 25 years after the Beijing Women Conference in China, the Niger Delta region was still plagued with some traditional practices of discrimination against women and the girl child as well as harmful practices against widows and general suppression of female rights in work places.

Nagbo remarked: “The challenges are still before us but they are not overwhelming if we work to change them. I therefore charge women in our region to close ranks as we raise our voices in demanding for equal opportunities to women in careers and workplaces.

Nagbo thanked President Muhammadu Buhari for demonstrating trust in women through the appointment of several women into positions of authority in his Administration. “By these appointments, the President has led the way in ensuring gender equality in national development. We in the NDDC Interim Management Committee commend the vision of Mr. President, particularly as it accords with the theme of this year’s celebration,” she said.

According to her, This year’s theme should be the watchword for women in the region, adding: “We must boldly declare wherever we are for Generation Equality.”

Nagbo said further: “The time to take the bull by the horns is now. We must not let this opportunity of engaging our society for a better life for womanhood to pass us by.

“Let us therefore work very hard on the spur of the moment to push women and the girl child above all obstacles to ensure that the next time the world would take stock of milestones recorded post-Beijing, the women of the Niger Delta are also in the forefront of global reckoning.”