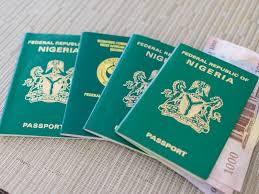 Nigeria Certainly Will Be Better – My passport Re-issue Experience

Posted By: The Gazelle NewsIn: Business, News, OpinionNo Comments
Print Email
By Dr (Mrs) Bukky Fadayomi
I did an Online appointment for my Passport Renewal and chose Sagamu.
Though I waited for about 2months for a date.
I paid 70k for 10 years.
None helped I went to their website and did it myself.
Pls do it yourself, it’s so straightforward.
I went for a passport renewal at the Sagamu Passport Office on Tuesday, 15th November 2022, the date I was given to come for capturing.
My seating time for Capturing was less than 30 mins.
Whilst waiting I asked some people sitting beside me how long they have been waiting to be captured, their response was alarming less than an hour, they both responded.
However whilst seating there was this tall slim man walking around seeing that work was done & cheerfully charting with everyone.
On leaving the place out of curiosity, I asked who the man was.
I was told he is the DCO, named Musa Megida.
It’s been a long time that I have met such a pleasant and efficient Civil Servant.
On Friday, 18th November, I got a phone call from one of the officers saying my passport was ready for pick up.
Cos of the traffic on Lagos – Ibadan road, I couldn’t go on Friday.
However today, Tuesday, 22nd November 2022, i went to the Sagamu Passport office and Viola within 20mins I had picked up.
Within that such time again, DCO Musa Megida was in and out seeing that no one was being delayed.
With more people like DCO Musa Megida in public places Nigeria will be great again.
Finally, I tried giving gratis to a few officers who helped, surprising they all declined collecting a kobo saying they are doing what they are paid for.
NIGERIANS NEED TO HEAR THE GOOD WORK BEING DONE AT SAGAMU PASSPORT OFFICE HEADED BY DCO MUSA MEGIDA
I AM CERTAIN THAT WITH MORE OF THESE PEOPLE AT SAGAMU PASSPORT OFFICE THEY WILL TRANSFORM NIGERIA.
Dr Mrs Buki fadayomi