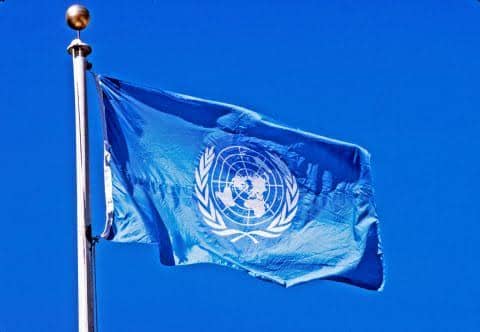 Posted By: The Gazelle NewsIn: NewsNo Comments
Print Email
One-third of the women population worldwide experience violence in their lifetime, United Nations (UN) Women has decried.
The Deputy Representative, UN Women Nigeria, Mr. Lansana Wonneh, at a media parley to commemorate the 16 Days of Activism Against Gender-Based Violence, said Wonneh lamented that: “One in three women across the world will experience violence in their lifetime. This means more than 1 billion women and girls face physical or sexual abuse.”
He however said: “Physical, sexual-based and emotional violence doesn’t discriminate but affects women of all ages and backgrounds, hence the need to increasing awareness about gender-based violence and crimes.”
He applauded the media for their reportage on gender-based violence, insisting that, it would increase awareness, change negative perceptions, and reduce stigma for GBV survivors.
Also, the Programme Specialist, Spotlight Initiative, UN Women Nigeria, Tosin Akibu, said in 2020, Nigeria recorded 11,200 rape cases including children raped to death .
She claimed that the rape cases were under reported due to stigma, victim blaming, poor access to justice for surviors and slow progress from domestication of laws to implementation.
She further revealed that in Nigeria: “Lifetime physical and/or Sexual Intimate Partner Violence  is 17.4 per cent; physical and/or Sexual Intimate Partner Violence in the last 12 months  11 %;  lifetime Non-Partner Sexual Violence, 1.5 %; child marriage 43.5% and Female Genital Mutilation/Cutting, 18.4%.
The 16 days campaign will being on Thursday November 25 to December 10.
Wonneh said: “The campaign runs from November 25 to December 10 of every year. It was started by activists at the inaugural Women’s Global Leadership Institute in 1991 and used as an organizing strategy by individuals and organizations around the world to call for the prevention and elimination of violence against women and girls.
“Our purpose of gathering here today is for us to strengthen cooperation with media practitioners during the campaign period, review the activities of UN Women and its partners, as well as amplify public awareness on the need for prevention and elimination of violence against women and girls.”