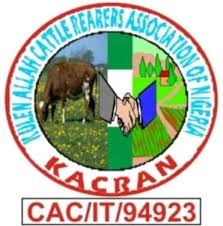 Posted By: The Gazelle NewsIn: Metro, NewsNo Comments
Print Email
Kulen Allah Cattle Rearers Association of Nigeria (KACRAN) has demanded compensation from Ondo State Governor, Mr Rotimi Okeredolu to family of those innocently killed in the reprisal attacks over the attack on Owo Church.
The association in a statement on Sunday by its” National President, Hon. Khalil Bello said the reprisal attacks could be associated with early allegation by the governor that the attack on the church which led to the death of scores were hatched by Fulani herdsmen.
The association, while commending security agencies for unraveling those behind the attack and arresting the suspects, asked Akeredolu to pay compensation to the victims of Owo Church reprisals attacks whose relatives were innocently killed or lost their properties that are the source of their livelihood.
Bello said: “We the Members of Kulen Allah Cattle Rearers Association of Nigeria (KACRAN), are  sorrowfully joining the families and relatives of the victims of Owo Church attack and that of Herders who were innocently killed during the mourning of their beloved ones but wish to immensely thank and highly commend the Nigeria security agencies for their successful arrest of the perpetrators of Owo Church brutal, senseless killings of innocent Nigerians in their place of worship.”
He said: “Truly, the Nigeria security agencies did a  wonderful, historic job that deserved commendation not only by Nigerians alone but by the entire civilized world. Surely their excellent performance led to the exposure and continuous arrest of the said criminals thus bringing to an end the wrongful accusation of law abiding Nigerians who have no hand in the said barbaric act.
“Here we refer to the exculpation of our law abiding herders who are residing in Ondo State but were pointed accusing fingers that they were amongst the suspected masterminds of the barbaric act as wrongly painted by the Ondo State Governor, His Excellency, Mr Rotimi Okeredolu. This wrong accusation  subjected many herders to be victims of reprisal attacks by touts.
“It is in view of this negative development we want to make it abundantly clear to all that, we are not denying the fact that there may be some law offenders amongst who are bad eggs being human beings but that doesn’t warrant leveling all as criminals.
“Here we want to say that majority of herders are  law abiding Nigerians who are operating their pastoral occupation in the peaceful and very useful manner as they continue to pay revenues and other taxes to government.”
He added that: “At this juncture, we members of KACRAN whose core interest is the maintenance of peace in the entire country wonder why from the initial stage a whole governor of a State, which is amongst the old respected States in the country; whose  people are very kind and generous and he as a father to all Ondo State people regardless of their religion, tribe, occupation or the areas they come from, will hurriedly use a highly pitiable scantly baseless information to jump into conclusion, making a hasty decision of levelling heavy accusation against a particular tribe or occupation that resulted to the killing of the people and destruction of their properties but he who is suppose to protect.
“Meanwhile, with reference  to the above, we are appealing to all Nigerians to stop making a hasty decision/ comment or taking law into their hands when something bad happened in their areas but rather allow security agencies to do their job professionally.
“We also appeal to Ondo State Governor, H E Mr Rotimi Okeredolu to kindly pay compensation to the victims of Owo Church reprisals attacks whose relatives were innocently killed or lost their properties that are the source of their livelyhood.
“We also want to call on our security agencies and Amotekun who were said to have made some arrest in connection to the attack and are still detaining many herders to as a matter of fact release them  since the perpetrators of the said shameful criminal act have been exposed.
We once more appreciate the continuous arrest of many more criminals in connection to the Owo church attack by our able military men.
“We again want to express our deepest condolences to the families and relatives of the entire victims of the said incident and those who were killed innocently due to the reprisals attacks.”
The association also appealed to the Minister of Justice, Alh Abubakar Malami, to execute the Presidential Executive Order given to him for over a year now to reclaim all the enchroached grazing reserves and blocked cattle routes in the Northern States, insisting that when executed this shall end the movement of herders to the South and resolve the issue of insecurity related to herders/farmer clashes.

Ayo Fasanmi: Tribute To A Man Of Integrity