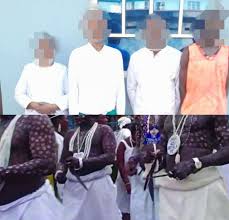 Posted By: The Gazelle NewsIn: Crime, Life, Metro, NewsNo Comments
Print Email
The Pastor of Truth and The Spirit Prophetic Church in Lagos state, Mercy Okocha, 50, and nine of her church members have been arrested for allegedly stoning a 25-year-old traditional worshipper, Agboola Akeem, to death during a clash on Tuesday, August 23 at about 6.30pm.
According to a police source, officers attached to the Oko Oba Police Division received a distress call that the church located at 2, Sanni Taiwo Lawal street in Oko Oba, was about to be set ablaze. The officers immediately stormed the church premises. 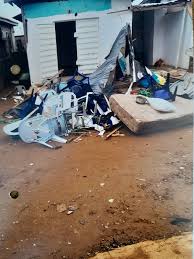 Mr Governor, You Won’t Walk Alone, We Shall Walk With You – COSEG