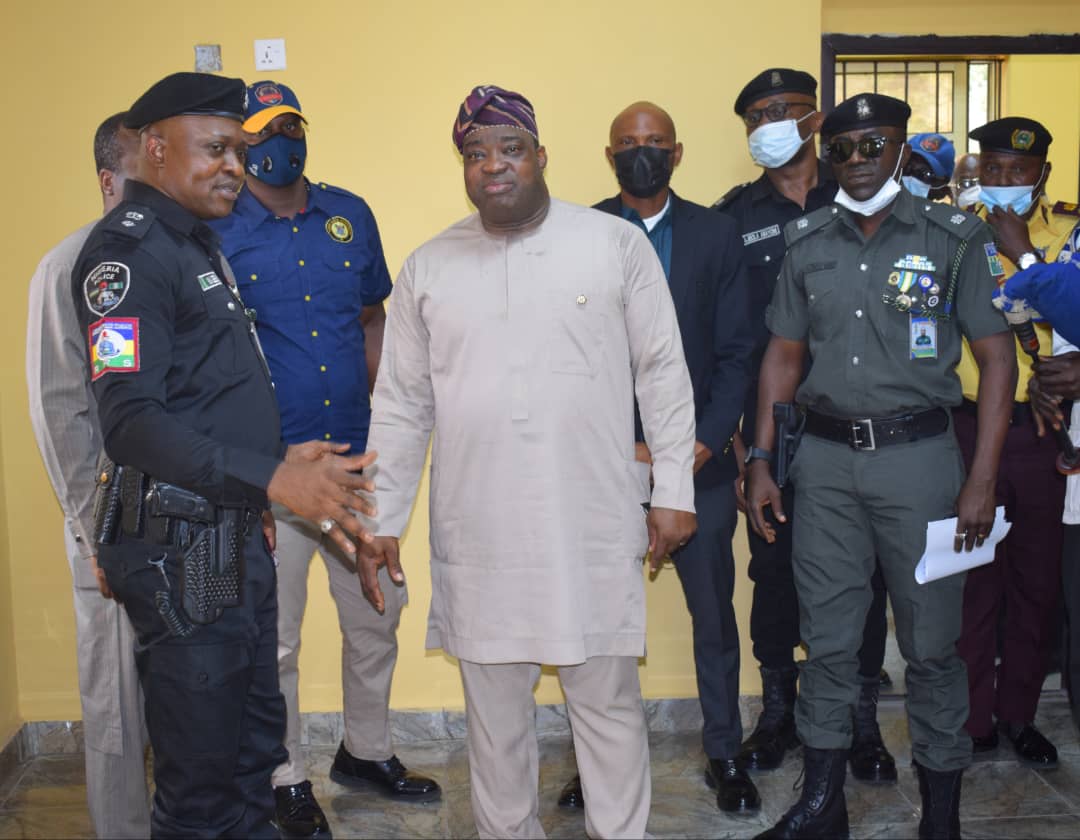 Posted By: The Gazelle NewsIn: NewsNo Comments
Print Email
Lagos State Governor, Mr Babajide Olusola Sanwo-Olu has commended the leadership of Lagos Rapid Response Squad (RRS) for generating a vision that is driving the squad.
The Governor, represented by the Deputy Chief of Staff, Mr. Gboyega Soyanwo said this today, Wednesday, 29 December, 2021 at the commissioning of an office extension at the Alausa Secretariat, Ikeja.
The Governor stated “I am not at the RRS headquarters to commission only a new building but also to give recognition to the leadership of the squad because without its vision, one wonders how RRS would be positioned today”.
He noted that in less than a year in office, the new leadership conceived and completed an office extension containing four big offices, a spacious lobby and a sentry guard. 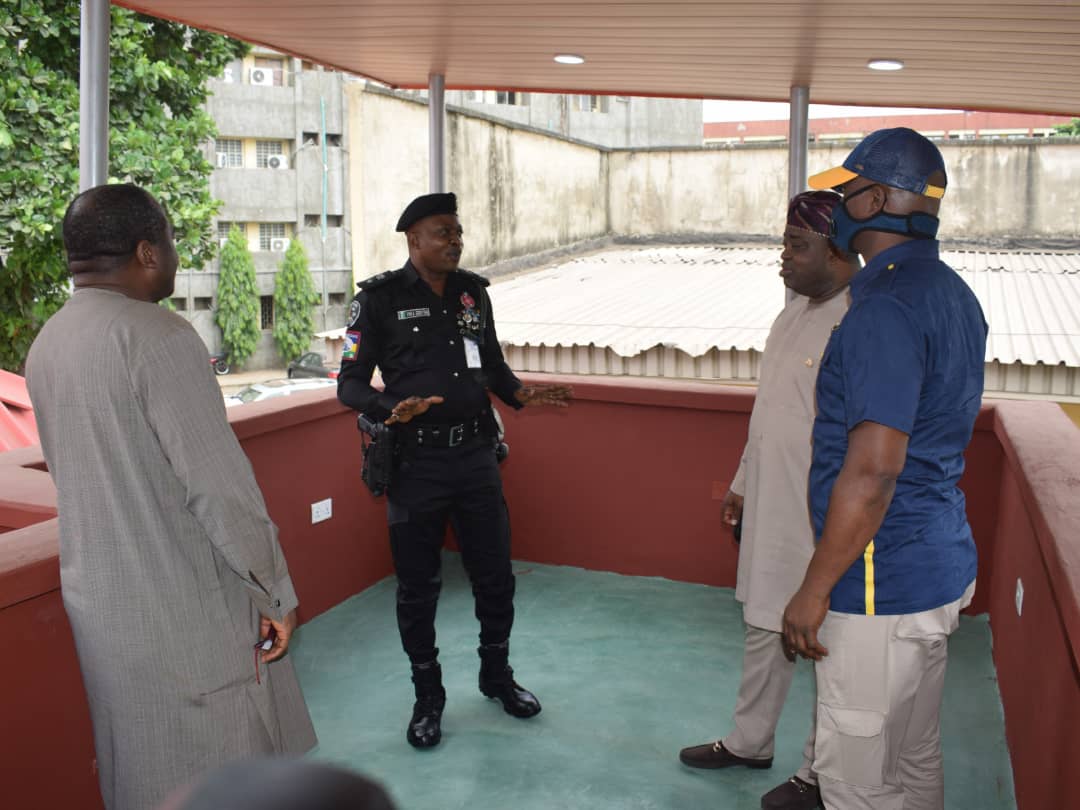 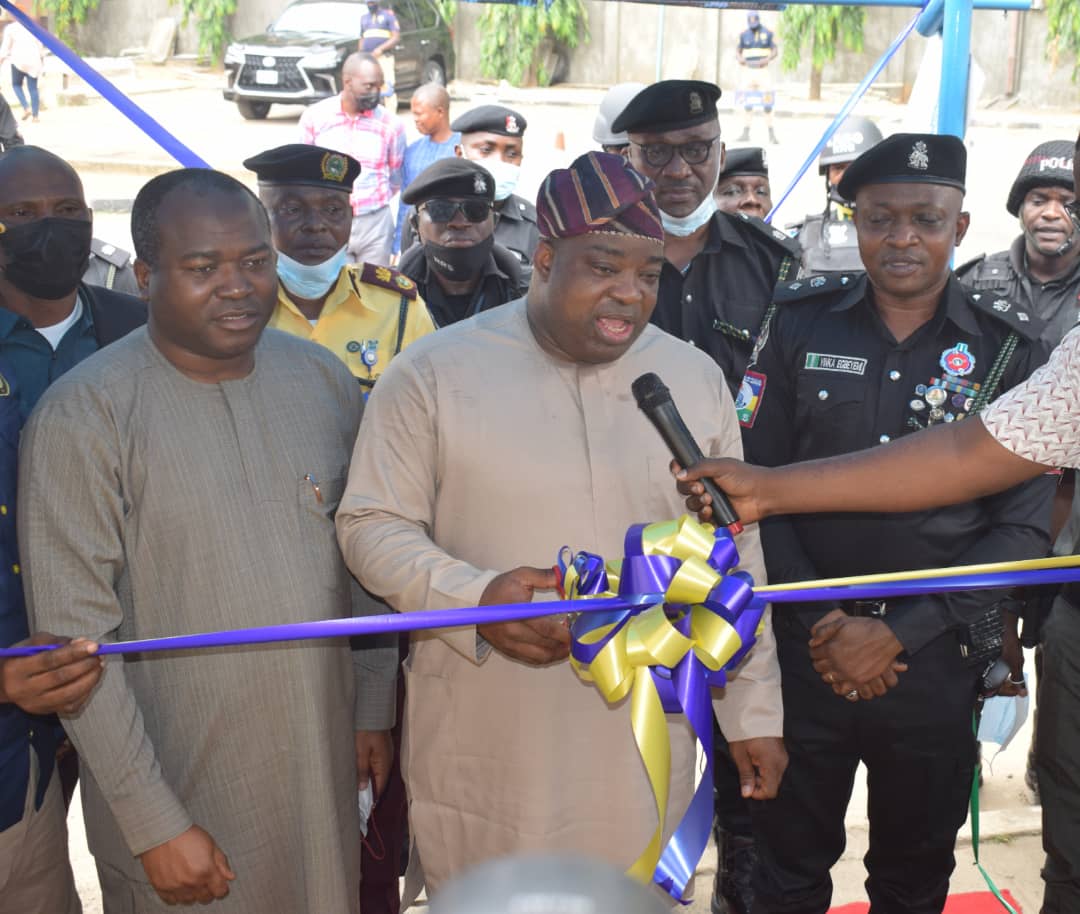 He commended CSP Olayinka Egbeyemi and the squad members for supporting him towards the completion of the office extension.
The Commander, Rapid Response Squad (RRS) Squad, CSP Yinka Egbeyemi in his words noted that the construction of RRS office extension started in February, 2021 as his contribution to the development of the agency.
“My conviction was to deploy my personal resources to it with the support of my very good friends. However, as things would turn out, it became obvious that we need the support of Mr. Governor before the project could continue from the stage it was”, he stated.
He further stated, “the need to build an office extension became necessary owing to shortage of offices for some of our key officers. As at the time I resumed as Commander, Rapid Response Squad (RRS), our officers on station guard were sitting under a tree beside the headquarters.
Whenever it rained, they huddled together underneath the tree. Some would use their raincoats to cover themselves. We felt we could do better by building a shade for them. That has catapulted us into this bigger dream”, he maintained.

NTA, Startimes Unable To Account For N200bn Made In Nigeria – Senate