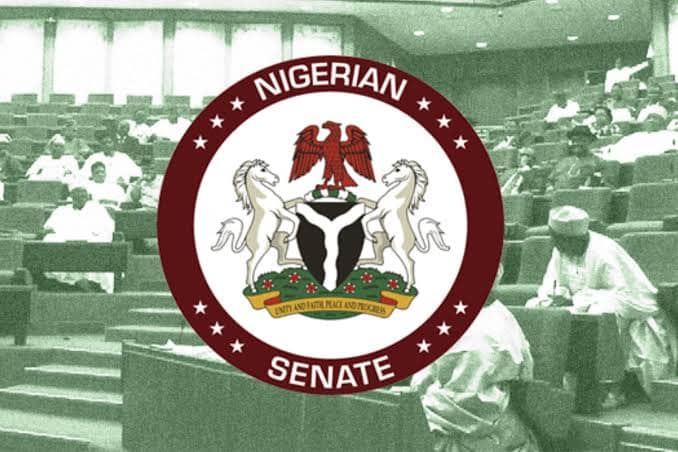 Posted By: The Gazelle NewsIn: No Comments
Print Email
The Senate on Tuesday, 15 December, 2020 considered a bill seeking to give statutory backing to the Nigerian Peace Corps.
Sponsored by Senator Ali Ndume (APC – Borno South), the Bill was first read about a year ago on Tuesday, 17 December, 2019.
Leading debate on the Bill, Senator Ndume said, “the core mandate being sought by the Nigerian Peace Corps (Establishment) Bill is to Develop, Empower, and Provide Gainful Employment for the youth to facilitate Peace, Volunteerism, Community Services, Neighbourhood Watch, Nation-Building.”
The lawmaker added that the piece of legislation when passed into law, would give statutory backing to the existing Peace Corps of Nigeria, which according to Ndume, currently has over 187,000 members comprising of regular Staff and Volunteers with well-structures network of branches in 36 States of the Federation, including the Federal Capital Territory.
Meanwhile, a bill seeking to establish the Nigerian Hunters Council of Nigeria also scaled second reading on the floor during plenary on Tuesday, 15 December, 2020.
Sponsored by Senator Biodun Olujimi (PDP – Ekiti South), the bill seeks to among other things, provide community policing, maintenance of Law and Order in Communities; and provide synergy with other Security Agencies to ensure peace and security.
“Mr. President, Distinguished Colleagues, this bill seeks to control and prevent crime from within the community as doing that from outside the community entails recruiting strangers who might not be familiar with crime terrains as well as criminals in the community.
“The bill seeks to enact a law that will legalize the activities of various Hunter groups in Nigeria to provide against the notion that these groups lack the constitutional powers to act and therefore are arrogating such powers to themselves,” Olujimi said.
The Nigerian Peace Corps Bill and the Nigerian Hunters Council of Nigeria Bill, after scaling second reading, were both referred by the Senate President, Ahmad Lawan, to the Committee on Interior for further legislative inputs.

Freedom Of Information On Right Direction In Kano – Commissioner