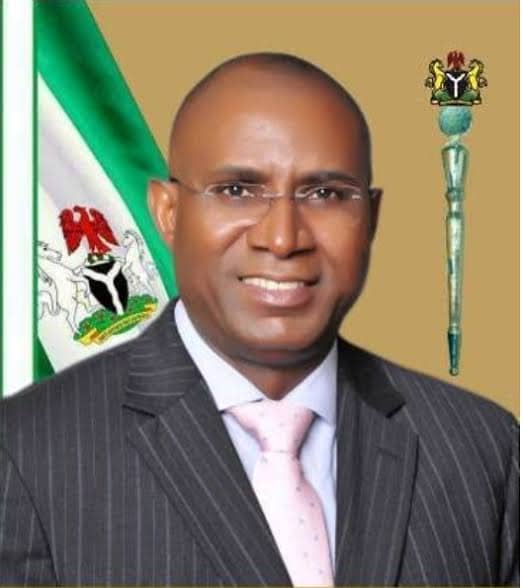 Posted By: The Gazelle NewsIn: No Comments
Print Email
Senator Rose Oko was a gentle amazon who used all within her to serve her people and the nation, Deputy President of the Senate, Senator Ovie Omo-Agege has said.
According to Senator Omo-Agege, the demise of the Chairman, Senate Committee on Trade and Investment, is a great loss to her constituents, the people of the South-South geo-political zone and the nation at large.
“In June 2015, Senator Oko became the first female Senator to represent Cross Rivers North senatorial district and in 2019, she was re-elected by her constituents.
“Before her elevation to the Senate,  she represented Yala/Ogoja Federal Constituency in the  House of Representatives in the  7th National Assembly.
“As Chairman of Senate Committee on Trade and Investment and in her capacity as Senator representing Cross Rivers North senatorial district, Senator Rose Okoh diligently strove for the betterment of the lot of our people.
“Coming so soon after the exit of Senators Benjamin Uwajumogu and Longjan Ignatius Datong, who represented Imo North and Plateau South Senatorial District respectively, this is really a great shock.
“We pray that light perpetual shines on her gentle soul and that God comforts all those she left behind,” he stated.