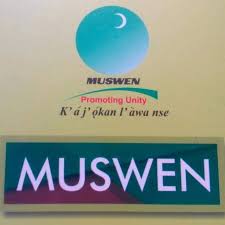 Posted By: The Gazelle NewsIn: NewsNo Comments
Print Email
Renowned Islamic scholars, State governors and other stakeholders from southwest states of Nigeria will converge on Ibadan, Oyo State, on  Sunday, 20 November, 2022, for the 7th General Assembly of the Muslim Ummah of South West Nigeria (MUSWEN).
The event which is taking place at the Islamic Centre, University of Ibadan Central Mosque, Ibadan, Oyo state is being organised to deliberate on the activities of the Organisation and issues affecting the Muslim Ummah in the southwest and Nigeria as a whole.
In a statement by the Chairman of the planning committee, Professor Wole Abass, the Sultan of Sokoto and President-General of the Nigerian Supreme Council for Islamic Affairs (NSCIA), Alhaji Muhammad Sa’ad Abubakar III, is being expected at the General Assembly.
The statement indicates that all Governors of southwest states are expected at the Assembly while the President of Muslim Ummah of South West Nigeria (MUSWEN), Alhaji Rasaki Oladejo will be the host.
The President-General, League of Imams and Alfas of Yorubaland, Edo and Delta, Sheikh Jamiu Bello Kewulere will also grace the occasion and some other prominent Islamic Scholars and titled Chiefs.
The Muslim Ummah of South West Nigeria (MUSWEN) is the umbrella body for all Muslims in South Western Nigeria as represented by the State Muslim Councils/Communities and Muslim organisations and institutions domiciled in the zone. It consists of Ekiti, Lagos, Ogun, Ondo, Osun and Oyo States.