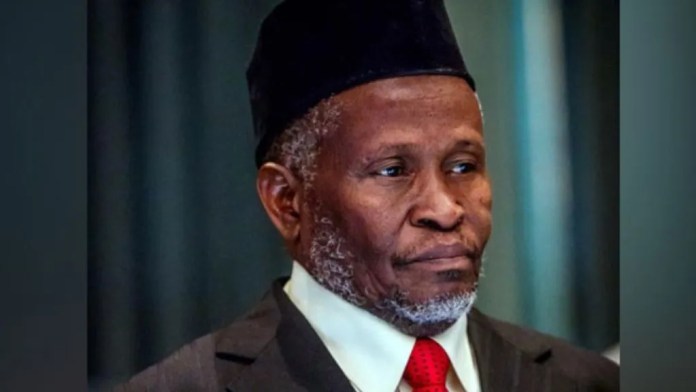 Share
Facebook Twitter LinkedIn Pinterest Email
Justice Ibrahim Tanko Muhammad has resigned as the Chief Judge of Nigeria.
According to Channels TV, Tanko resigned last night, Sunday, 26 June, 2022 on grounds of ill-health.
It was gathered that arrangements are now on to swear in the next most Senior Justice of the Supreme Court, Justice Olukayode Ariwoola as the acting Chief Justice of Nigeria.
Reports also indicate that a formal announcement will be made shortly.
Until his resignation, reports had it that Justice Tanko Muhammed was seriously ill.
Only last week, 14 justices of the Supreme Court had written him a letter to lament the decrepit state of affairs in the court.
Some of the issues raised by the justices in the letter include the failure to replace dilapidated vehicles, accommodation problems, poor healthcare services at the Supreme Court clinic, and poor electricity supply.
The justices also lamented the increase in electricity tariffs, no modified allowances to reflect the increase in diesel prices, and lack of internet services in their chambers.