By The Gazelle NewsFebruary 21, 2020No Comments2 Mins Read 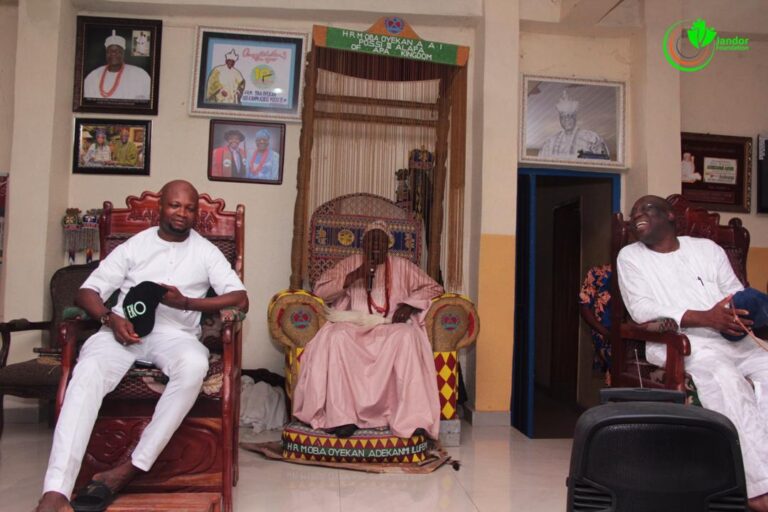 Share
Facebook Twitter LinkedIn Pinterest Email
The Food Bank initiative of Team Jandor has arrived Badagry with many people benefiting from the scheme which is aimed at reducing the burden of the people in Lagos state.
During his visit to Badagry, the Lead Visioner of Team Jandor, Mr. Abdulazeez Olajide Adediran announced that the food bank will be a periodic scheme which will continue across the 20 Local Government Areas and 37 Local Council Development Areas of Lagos State.
Throwing his weight behind the citizens, Jandor rolled out his plans to ensure that life becomes bearable for the people of Badagry and Lagos State at large.
Earlier in her speech, the Central Coordinator of Team Jandor, Mrs. Funke Oguntuga said Badagry is very vital as other Local Government Areas and Local council development areas in Lagos State which made the historical town part of the first batches of the thousands of beneficiaries.
Recall, Team Jandor has in recent time sponsor scholarships of students across institutions within and outside the state, foot medical bills of the less privileged, host sport competitions, initiated empowerment programmes and also involved in many other philanthropic projects.
On the sideline, one of the beneficiaries of the food bank scheme of team Jandor, Odewunmi Sarah who couldn’t hide her joy appreciated Jandor for counting Badagry as one of the important communities to benefit from many of its empowerment programmes.
Mr. Musbau Saka, being one of the beneficiaries of some of the schemes, also pledge to support the dreams of the Mr. Abdulazeez Adediran by taking a cue from his selflessness to humanity.