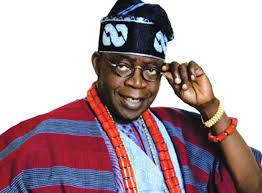 Posted By: The Gazelle NewsIn: Metro, NewsNo Comments
Print Email
By Chris Osa Uhunmwangho
The Presidential Candidate of the All Progressives Congress (APC), Asiwaju Bola Ahmed Tinubu has donated the sum of 40 million Naira to victims affected by flood in Edo State.
Tinubu who was represented by the Deputy Director General of the APC Presidential Campaign Council, Comrade Adams Oshiomhole, on Saturday, 12 November, 2022, stated that the Presidential Candidate got information of how residents in the affected areas have been sacked from their houses by flood, decided to send his support to help in this very critical times.
Oshiomhole said, “Our Presidential candidate Asiwaju Bola Ahmed Tinubu sent me to deliver his message and the sum of N40 million to share among all those who have been affected by the flood”.
The former Governor who disbursed the money to affected areas in Etsako Central, Etsako East and Illushi in Edo Central Senatorial District said he was not at the IDP Center, Oghomere for campaign, but strictly to deliver the message sent him by Bola Ahemed Tinubu.
Recall that Comrade Adams Oshiomhole earlier sent his own support of over 3000 bags of rice to those affected by the flood.
Chris Osa Uhunmwangho, a member of the APC Presidential Campaign Council writes from Etsako Central of Edo State.
https://www.facebook.com/100057964634631/posts/pfbid0xReWGazxvBpd4WcMJ1CTMncHDskvbu7dY8FSdiTQnDcKRYnj12iGBzqaVRRCHD3Ll/?d=n

Oyebanji On ‘Thank You’ Tour Of LGAs, Seeks Stakeholders’ Cooperation