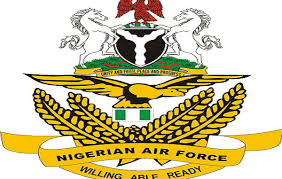 Posted By: The Gazelle NewsIn: No Comments
Print Email
In continuation of Operation DECISIVE EDGE, the Air Task Force (ATF) of Operation LAFIYA DOLE has successfully knocked out some logistics facilities and other structures belonging to elements of the Islamic State of West Africa Province (ISWAP) at Bukar Meram on the fringes of the Lake Chad in Borno State.
Similarly, aircraft dispatched by the ATF to provide close air support for ground troops at Gubio in the Northwestern part of Borno State also destroyed one gun truck and eliminated some ISWAP fighters at the location.
The attack at Bukar Meram was executed on 9 March 2020 on the heels of Intelligence reports indicating that the terrorists had resumed using the settlement to store their logistics supplies.
Accordingly, the ATF dispatched its fighter jets to attack the location, with their munitions hitting and destroying the identified structures.
In a similar vein, on 11 March 2020, fighter jets and a helicopter gunship scrambled by the ATF to provide close air support to ground troops at Gubio neutralized an ISWAP gun truck and some of their fighters as they attempted to beat a retreat after they were roundly defeated by a combination of air and ground fire.
The Nigerian Air Force, in furtherance of the objective of restoring peace and security in the Northeast and operating in concert with surface forces, will continue to carry out air interdiction missions against the enemies of our Nation.
Video: https://youtu.be/lMJWOh9KyPc