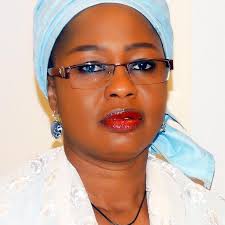 Baba Boilers And Days We May Find Ourselves Shoeless

One day in 2021, I was in a car with Mr. Eni Akinsola, (a former senior colleague at The Nation newspapers and later Chief Press Secretary to Dr. Mimiko).

We parked across the office where we had an appointment and we were discussing details of the business encounter we were about to have as we waited for our host to arrive.

I had one leg in the car and one leg outside the open door. Somehow, my leg was not inside the shoe I wore on my right leg.

There were movement herading the arrival of our host and we hurriedly drove to his office.

It was at the point when I was about to come down from the car that I remembered that the other leg of my shoes had been left outside the car.

I crossed to the other side with one leg of my shoes, thinking I would just pick up the shoe and wear it and go for the meeting. To my shock, the other leg had been taken.

Everybody understood what just happened. Any of the guys roaming about town with sacks clad over their shoulders had taken my other shoe and they must have moved far away from the place. They are called ‘Mai-Bolla’ or ‘Baban-Bolla’ (Refuge boilers).

Mr. Akinsola and other people joined me to stop all Baba Bollas we saw around to beg them to empty their sacks so we could get mine out. We offered to pay for the missing shoes. They did.

We saw all kinds of shoes, slippers, cans and all manner of things in their sacks. There was nothing like mine.

I had a meeting to attend. I also had an urgent parcel the pick up immediately after that. Driving to the market to buy a new pair of shoes was an option but I had a deadline for picking up the parcel.

So, I went into the meeting we had been waiting for with only one leg of my shoes. I explained what happened when I saw eyes looking at me as if I was not exactly okay.

We drive down to pick up the parcel after that meeting. Mr. Eni couldn’t do that for me because I needed to show my identify to get the parcel. As I was about to go inside the courier company with one leg of shoes or without, a gentleman stopped me, asked what was wrong and opened the boot of his car to get a pair of bathroom slippers for me.

At that point, those slippers looked like I had just been given a pair of leather booths from one of the fancy shops in London’s Oxford Street.

Those slippers restored my dignity and saved me from prying eyes that must have wondered if I had lost some nuts upstairs.

In life, we see so many people doing certain things awkwardly and we assume the worst of them without slowing down to ask what is amiss.

Somebody goes out of his house in the morning without shaving and without buttoning his shirt well. We may run into him by afternoon on his way back and we wonder what’s wrong with him. We might be surprised that he had to go out early in trh morning to catch somebody at home to help him with some money to feed his family. At that time he’s leaving the house, shaving is the last concern he has.

We see Sisi Rachel wearing unironed clothes on her way to work. She doesn’t have makeup on her face, which is so unusual. She doesn’t even stop to greet, and we say something is wrong with her in a judgemental way.

Yes. Something is wrong with her.

What we may not know that that she might have woken up that day with stomach cramps. Her period has come again after months of trying the new fertility drugs prescribed by her doctors. She’s counting the years and she’s yet to have her baby. It’s driving her crazy.

We see Mr. Bassey just looking into space at a party and not bothered by the excitement around him. He actually looks like he wants to be left alone.

We wonder why he came for the party in the first place. We don’t know whether diabetes has dealt with him so much that he can’t get it up anymore and madam is theatening to leave. He’s not sure of what to do and it’s disturbing him. He only came to the party for courtesy sake and he is being judged.

This life is full of troubles and people are just managing to go through the motion.

There are problems brought upon us by external forces like in the case of me and the Baban Bollas and there are issues we bring on ourselves.

Whatever the sources of our issues, we sometimes have to bear them alone because people won’t slow down to ask is what they can do to help us.

Yet, when somebody gets drowned in those problems and they die, we all cry and wonder why they didn’t share the problems with us.

How many times do we see the calls of those we know are trying to unburden their hearts or ask for help and we ignore them?

How many times do we bring the problems shared with us to the table with the intention of having something new to gist about rather than as a way of rallying round to help?

Happy New Year here. Happy New Year there. Everybody is wishing the year to be happy. But the year will come with its own issues. Some of us even brought problems from last year into it.

Let us see those good people who will begin to slow down to genuinely ask what they can do to assist others. it’s hypocritical to gather round to mourn when another person falls by the wayside when we could have helped to bring sunshine to that person’s life when alive.

It is not always the big things that matter, the small calls, time spent together and efforts to connect may be the hope bi somebody needs out there.

By the way, I haven’t replaced that ‘stolen’ shoe because town is dry. Maybe somebody will come to my rescue today.

Alhaja Adeola Agoro is a journalist and the CEO of Deo-Agoz Studios, Abuja