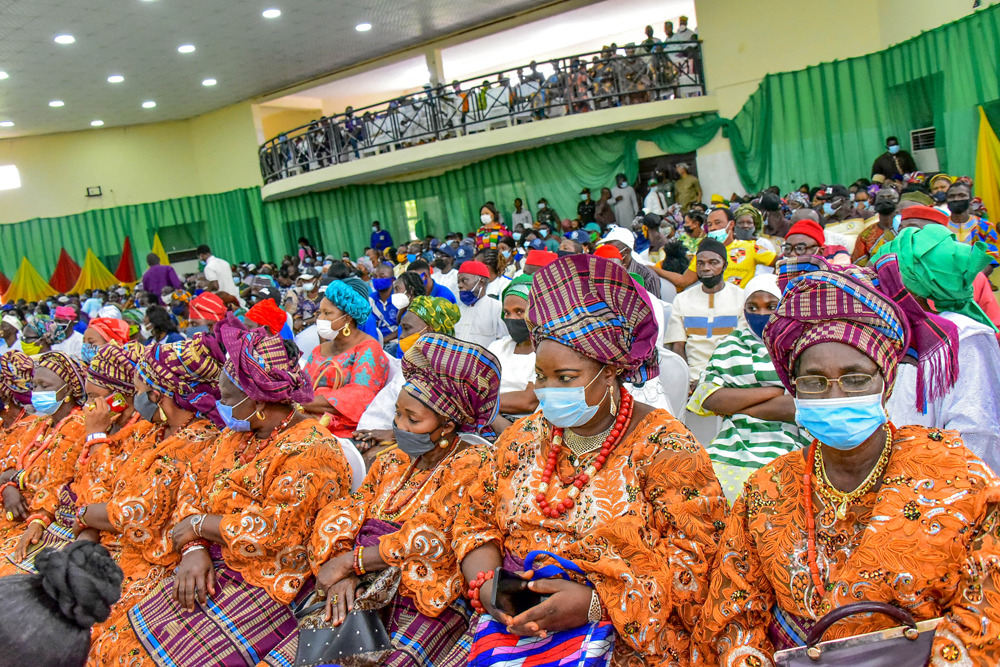 Posted By: The Gazelle NewsIn: News, Technology, Trending, UncategorizedNo Comments
Print Email
The Government of Ekiti State on Thursday, 26 August, 2021 kick-started a civic engagement and enlightenment programme on policies, activities and projects of the Fayemi led administration in key sectors of the State. 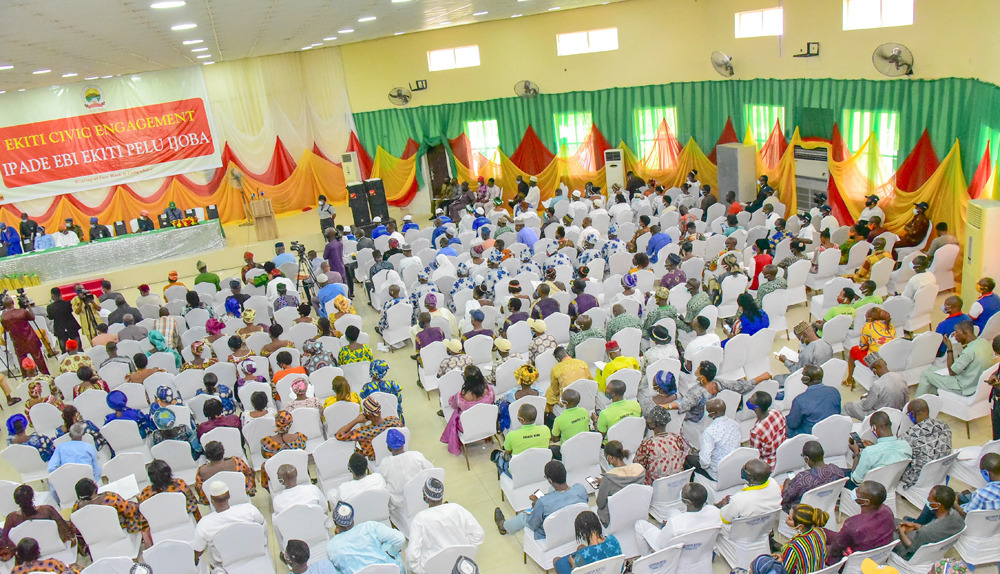 Speaking at the event in Ado Ekiti, Governor Kayode Fayemi explained that the programme which was tagged, “Ipade Ebi Ekiti Pelu Ijoba” was designed to expose the people of the state to the achievements of his administration as part of  drive to bridge communication gap between the government and the governed.
Dr Fayemi, who spoke through his deputy, Otunba Bisi Egbeyemi, revealed that the civic engagement and enlightenment programme would be taken across all the local governments of the State, to interface and intimate people at the grassroots on government activities, projects and opportunities.
Disclosing plans by his administration to revisit and complete the Ado-Iworoko-Ifaki road, the Governor highlighted some of the road projects executed by his administration in some of the towns and villages of the state to include the Ayegbaju-Iro, Igbemo-Ijan, Oye-Ayede-Ikun, Aramoko-Erinjiyan-Ikogosi, Omuoke-Ode-Agbado road projects.
He said: “We have started in Ado now, we are going to visit all the local governments and meet critical stakeholders like the Iyalojas, Artisans, drivers and others like this in each of the local government areas.
“All the roads that have been constructed from Ayegbaju to Ire to Igbemo to Ijan. From Oye to Ayede to Ikun;  Aramoko to Erinjiyan to Ikogosi. Then, Omuoke to Ode to Agado, if you get there you will attest to the depth of quality work that have been done. Thesame can be said of the School of Agriculture at Isan which has now become a full fledge polytechnic”
Earlier in their addresses, the Chief of Staff to Governor Fayemi, Hon Biodun Omoleye and the Senior Special Assistant to the Governor on Community Engagement and Enlightenment, Hon Tosin Aluko, explained that the intention of the programme was not only to bridge  communication gap between the public and the government but to also broaden and strengthen their knowledge and understanding of government policies, projects and programmes.
Some top government functionaries including the Commissioner for Education, Science and Technology, Dr (Mrs) Adebimpe Aderiye;  Commissioner for Agriculture and Food Security, Prince Olabode Adetoyi;  Commissioner for Arts, Culture and Tourism, Prof Rasak  Ojo Bakare;   and Commissioner for Women Affairs and Social Development, Alhaja Maryam Ogunlade,  highlighted  some of the giant strides recorded in the last two years.
One of the participants who spoke at the event, Chief Julius Ajayi commended Governor Fayemi for various developmental projects springing up in the State and appealed  that his administration strive to complete all the projects before the expiration of his tenure in 2022.