By The Gazelle NewsJuly 5, 2022No Comments2 Mins Read 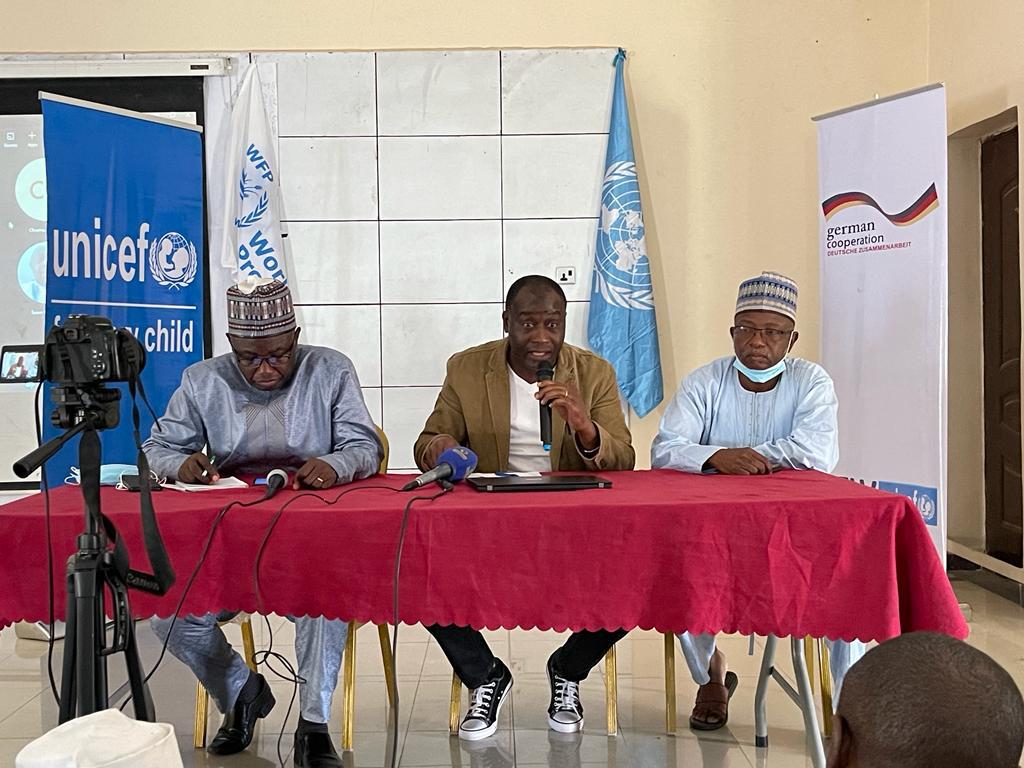 Share
Facebook Twitter LinkedIn Pinterest Email
Germany, United Nations agencies United Nations Children’s Fund (UNICEF) and World Food Programme (WFP) have launched a new humanitarian programme aimed at strengthening the resilience of communities and promoting peace in the North East states of Borno and Yobe.
The three-year project, named Resilience and Social Cohesion in north-east Nigeria, will benefit more than 50,000 vulnerable people including pregnant women, conflict-affected children, adolescent girls, the elderly and persons living with disability in Shani Local Government Area of Borno State and Bade Local Government Area of Yobe State.
The Acting Head of Office, United Nations Children’s Fund (UNICEF) Maiduguri Field Office, Dr. Clement Adams disclosed the purpose of the project at its launch in Maiduguri on Tuesday
According to Adams, the project which is supported by the German Government (BMZ) will ensure that individuals, communities and institutions in both states have sustainable access to quality basic services, livelihood opportunities and improved governance capacity to enhance social cohesion.
He said: “Today is the beginning of a different journey that will ensure that conflict-affected people will benefit from systematic change. The German Government has shown high commitment to this project and we are hopeful that the gains will be replicated in other locations.”
In his remarks, the World Food Programme (WFP) Head of Area Office in Maiduguri, Mr. Bernard Owadi said that WFP has presence in the communities where the project will be located, noting that it “is an opportunity to demonstrate to parties that we can combine efforts and deliver results as United Nations.”
The Borno State Government, represented by the Commissioner for Budget and Economic Planning, Hon Adamu Lawan, said the project will strengthen fragile public services.
Lawan noted that violent attacks on communities in the state have disrupted the livelihood of people, adding that the state government would collaborate with the partners to achieve the objectives of the project.
He said: “We are grateful to the German Government for providing financial support to World Food Programme and UNICEF. They are willing to implement multisectoral interventions in Shani LGA of Borno State. This will no doubt help address problems in the local government area.”